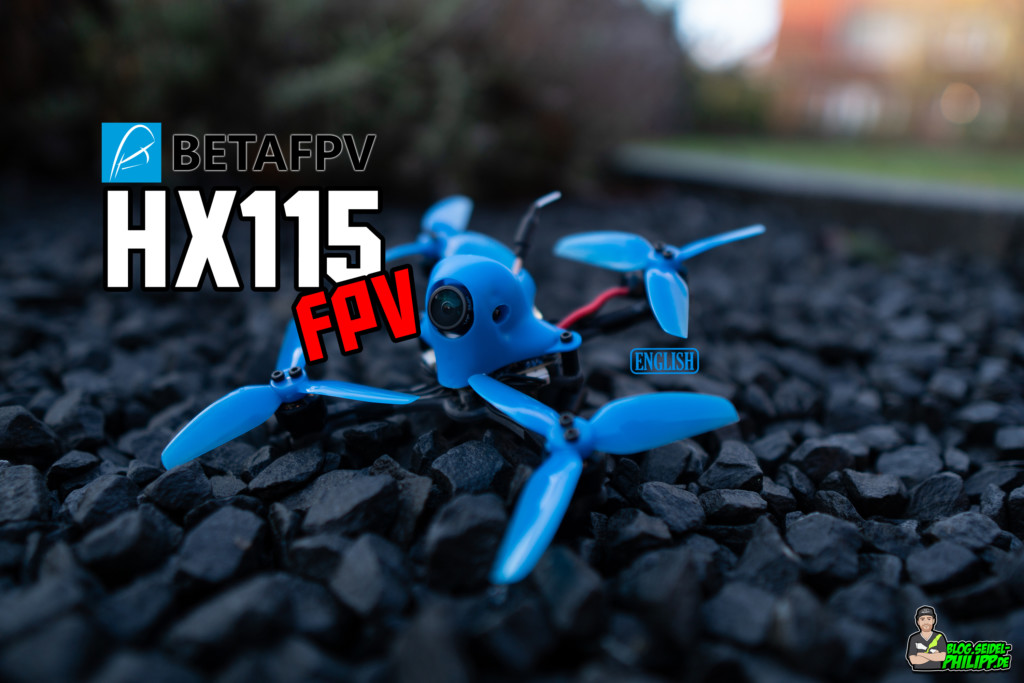 The Betafpv HX115 is available in two versions. The version presented here is the FPV version, which compared to the HD version (takes videos in FullHD 1018p) cheaper and a few grams lighter. 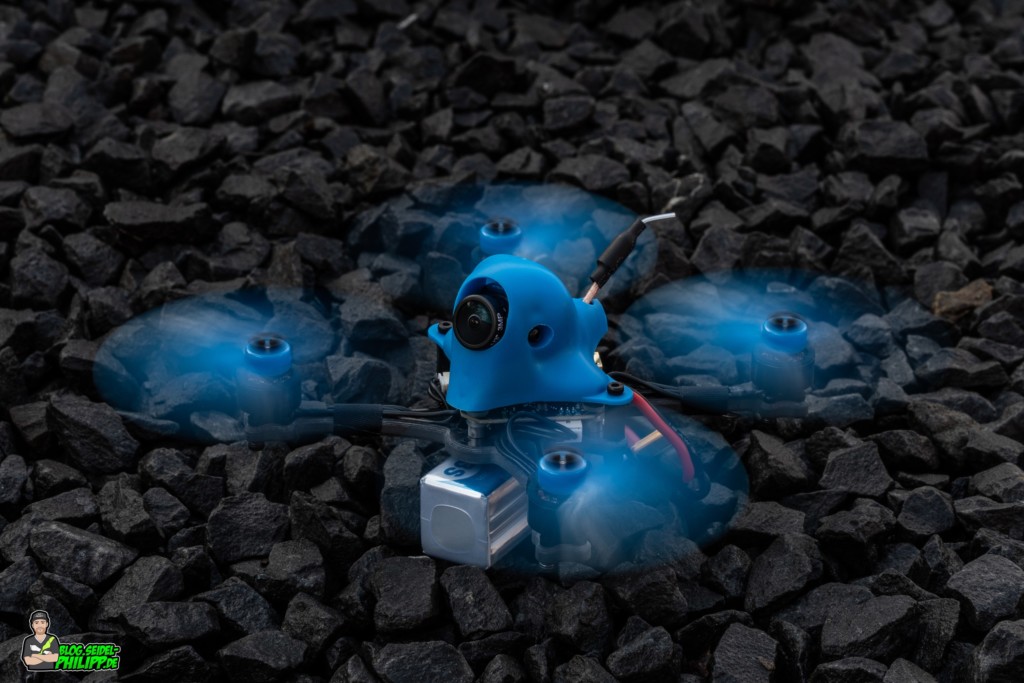 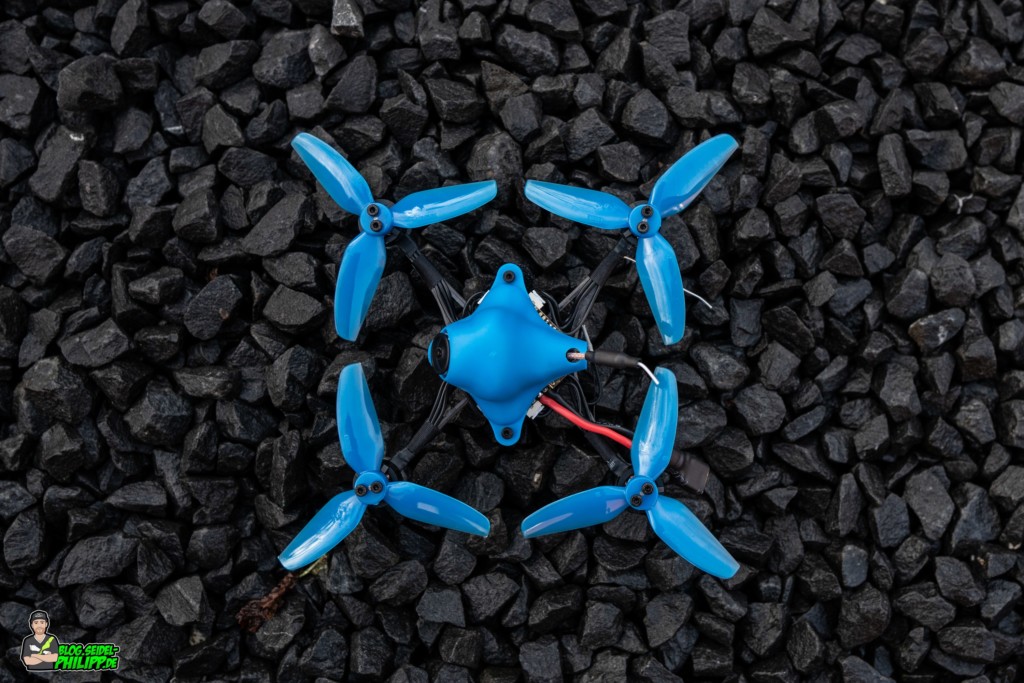 The arms are 6mm wide and 4.2mm thick. This makes the frame very stiff. The edges of the frame are all chamfered. Overall it looks like high-quality. 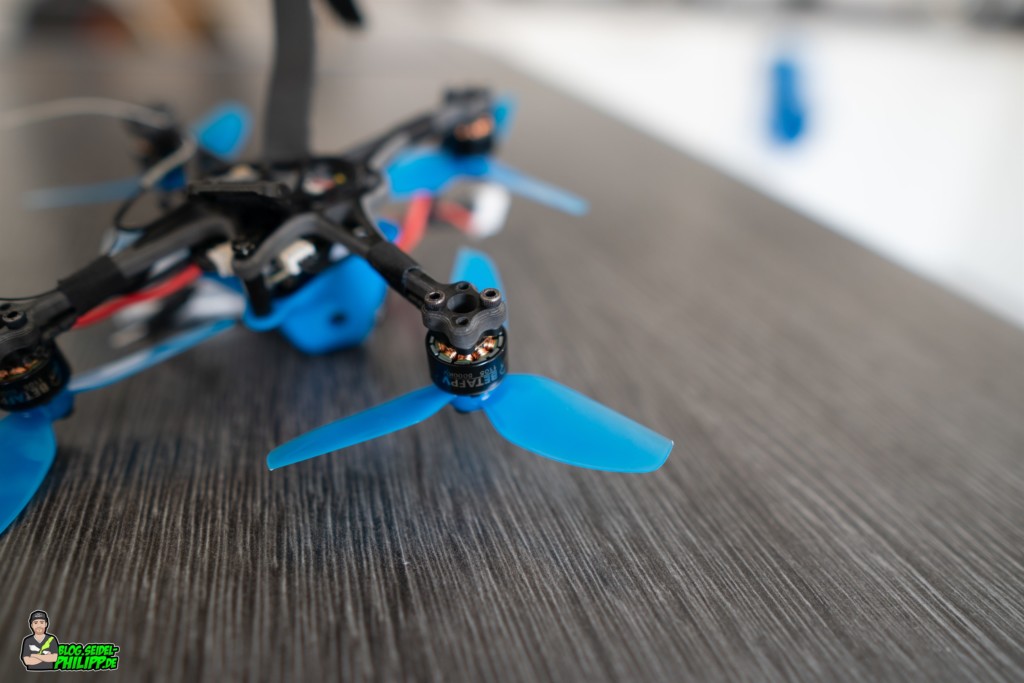 The canopy is flexible but a little too big. There is still plenty of space under the canopy. Unfortunately, the canopy is only attached to two standoffs. The front standoff is missing unlike the HD version of the HX155. This makes the canopy more susceptible to frontal crashes and bends backwards. 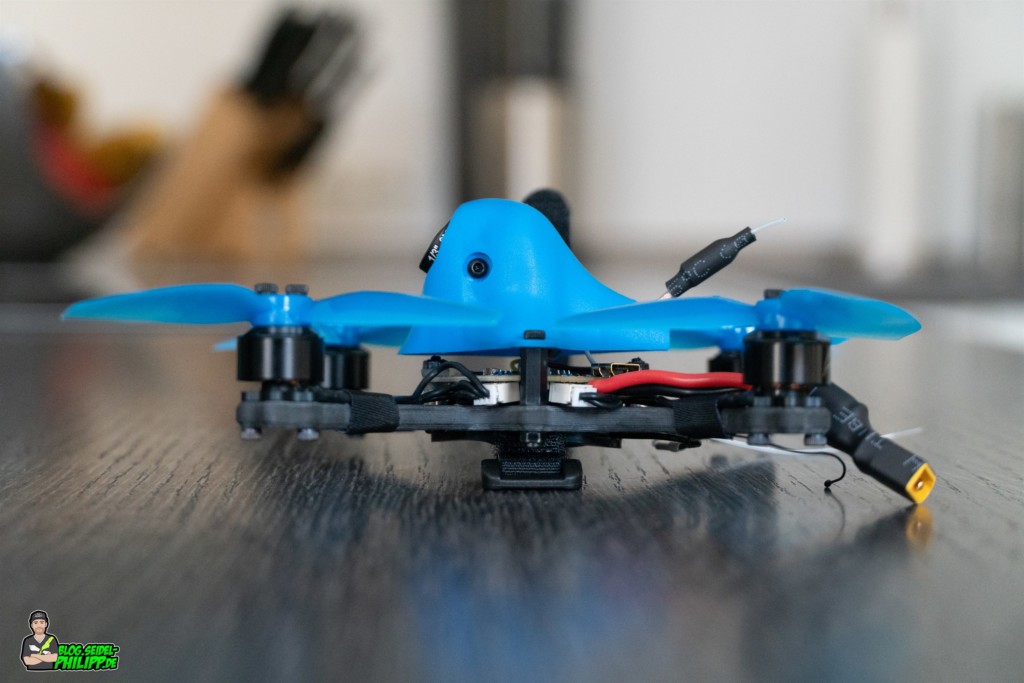 With a metal screw, I carefully made a thread in the screw holes of the canopy. Then I just screwed in a matching nylon spacer and fixed from below with a metal screw. As a result, the canopy has clearly gained in stability, since it is now attached over three points. 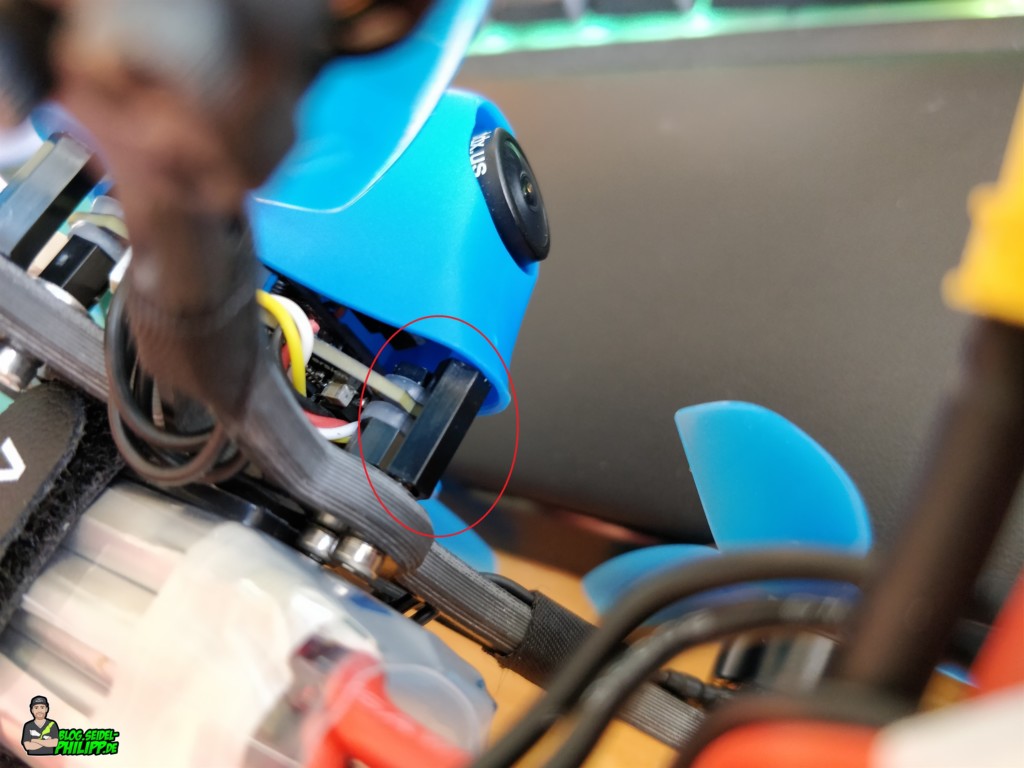 On the bottom there is a recess in the frame itself where the receiver is located. A silicone battery pad is glued over it. However, in the version with Crossfire receiver, the receiver does not completely disappear in the recess, with the result that the battery constantly presses on the receiver. I would recommend storing the receiver under the canopy so that in the event of a crash the battery can not damage the receiver. 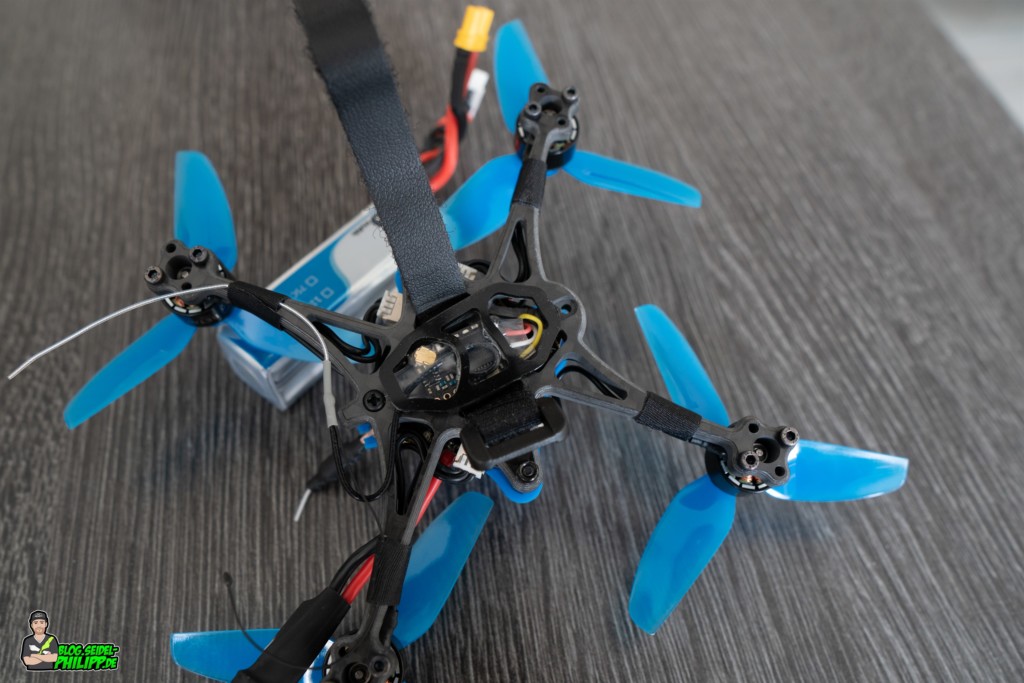 The installed Crossfire antennas are unfortunately far too long and can easily be damaged by the propellers. I recommend to relocate the antennas before the first flight. Either use two cable ties or use the Immortal-T antenna and attach it under the arm. 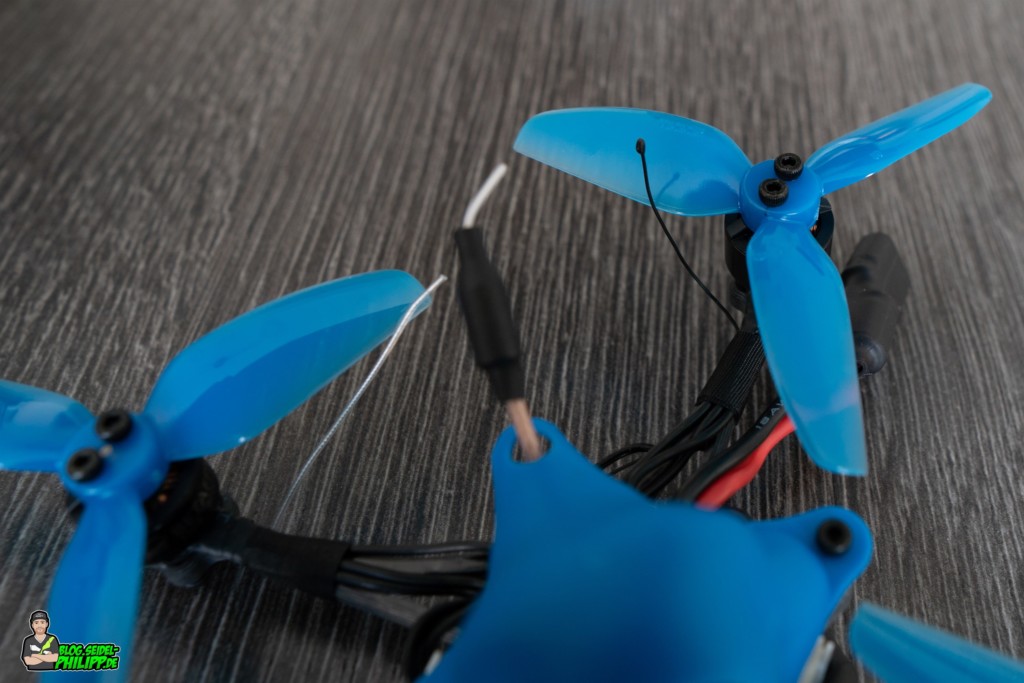 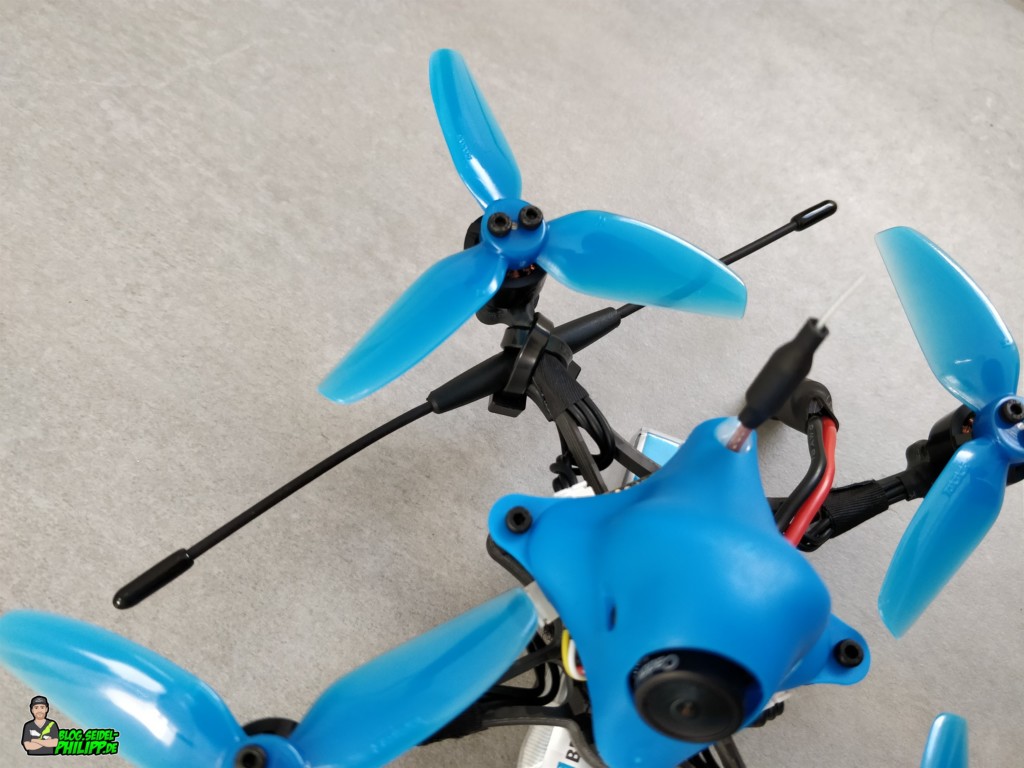 Likewise, the FPV antenna can also be damaged when it slips through the slot. 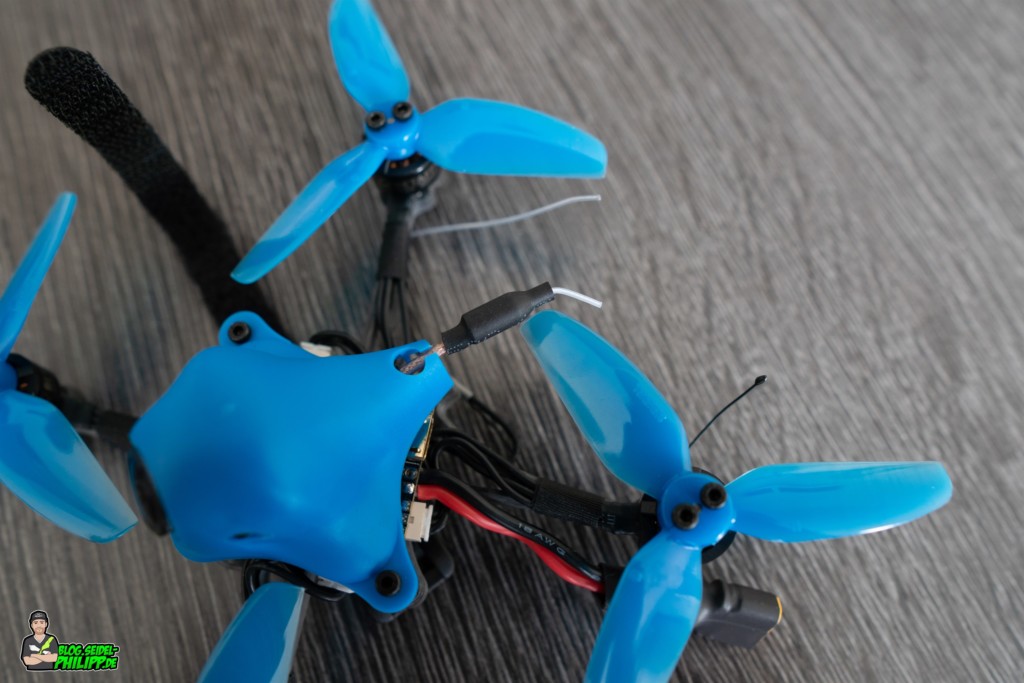 Here, however, a drop of hot glue is sufficient to close the slot and thus prevents the antenna from slipping through the slot. 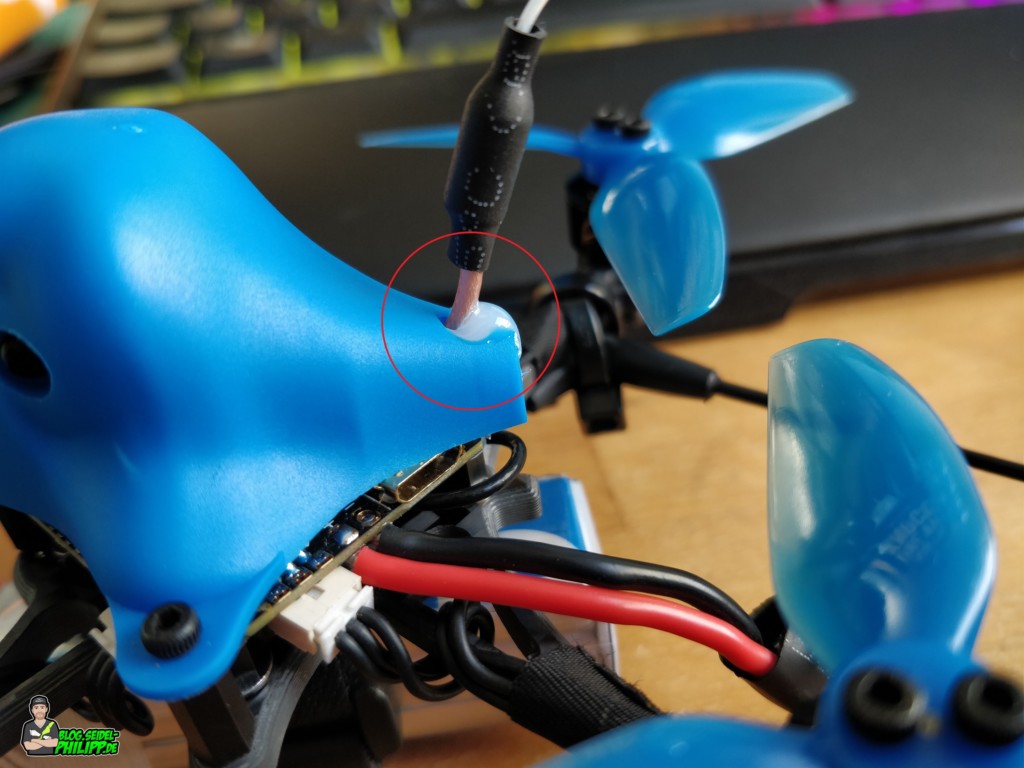 The flight control and the ESCs are installed on one single board. Its a F4 flight control flashed with the Betaflight Target MAMBAF411 (MATEKF411).
The motors are connected via a 3pin plug with the ESC board, which is an easy way (without soldering) to swap out motors. 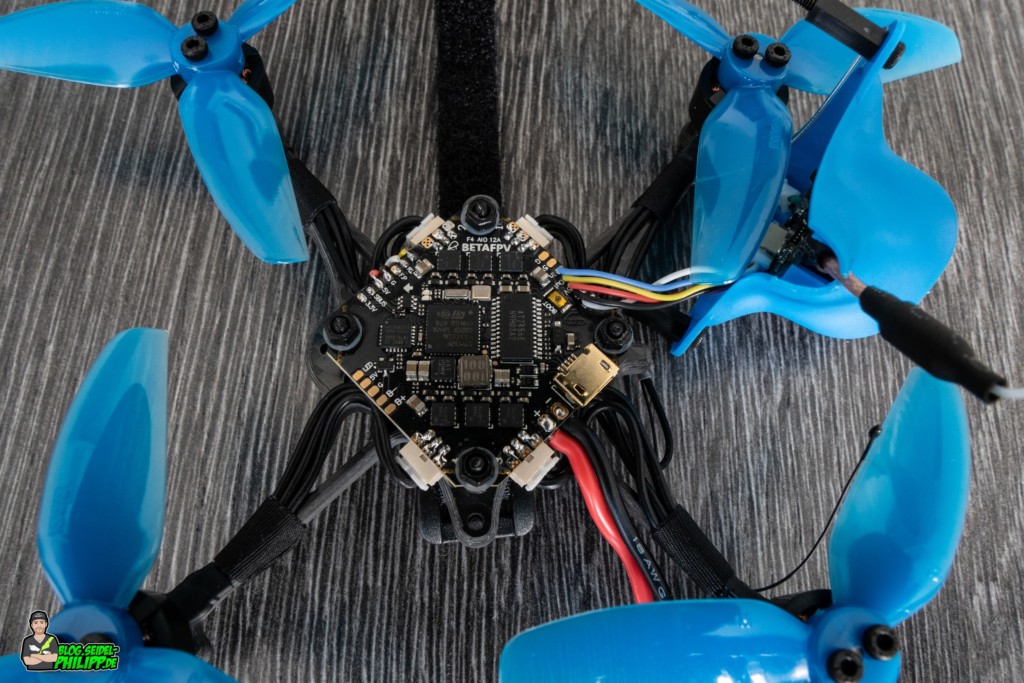 The BLHeli_S ESC is capable from 2 to 4S and provides 12A. Be sure to use the correct propeller / LiPo combination do not damage the ESC. 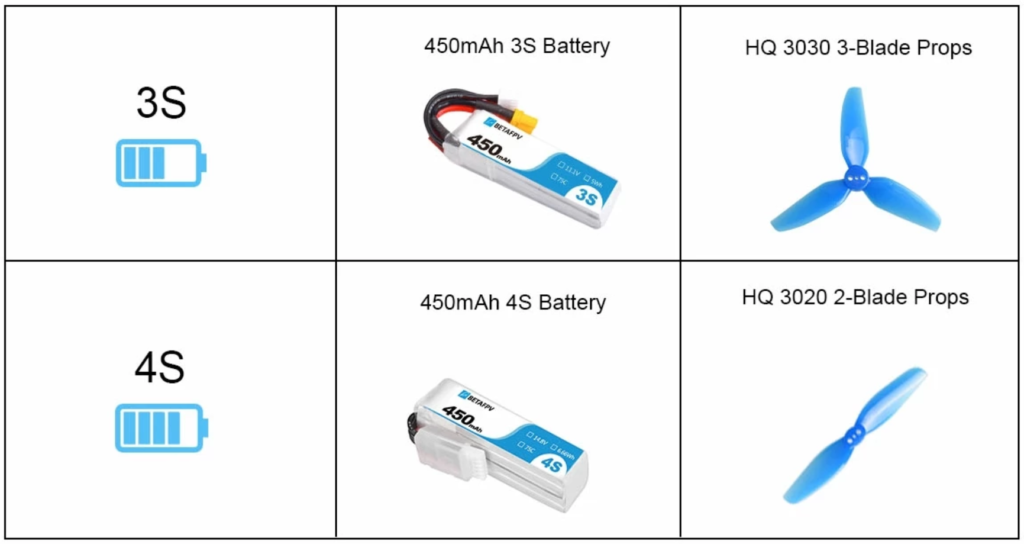 The flight control is softmounted in 4 places. 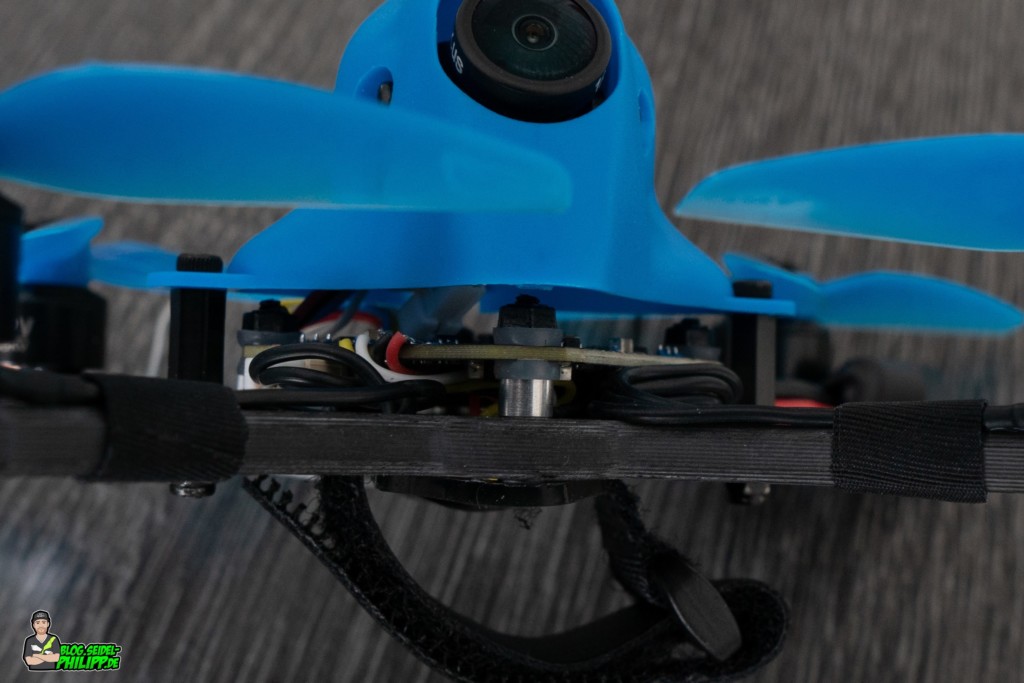 Camera and video transmitter are bolted to the canopy and connected to the flight control with a 5-pin cable.

In the FPV Version, they used the Caddx Kangaroo camera. It offers a good and sharp picture. (DVR follows) 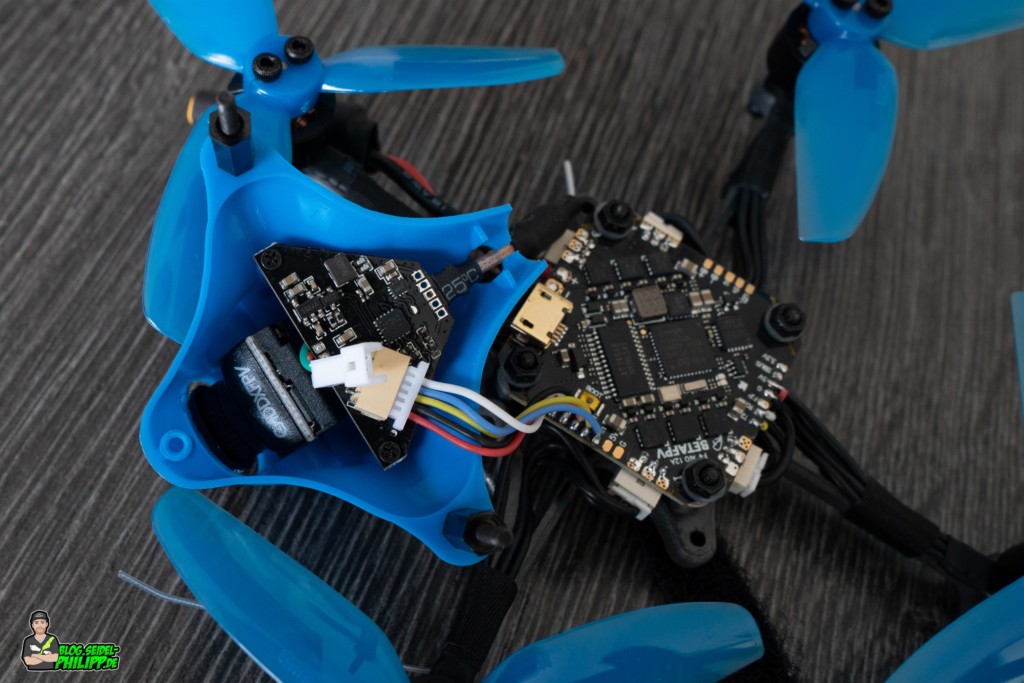 The video transmitter has 48 channels and has a transmitting power of 25mW and 200mW. It also has SmartAudio and Pitmode on board. 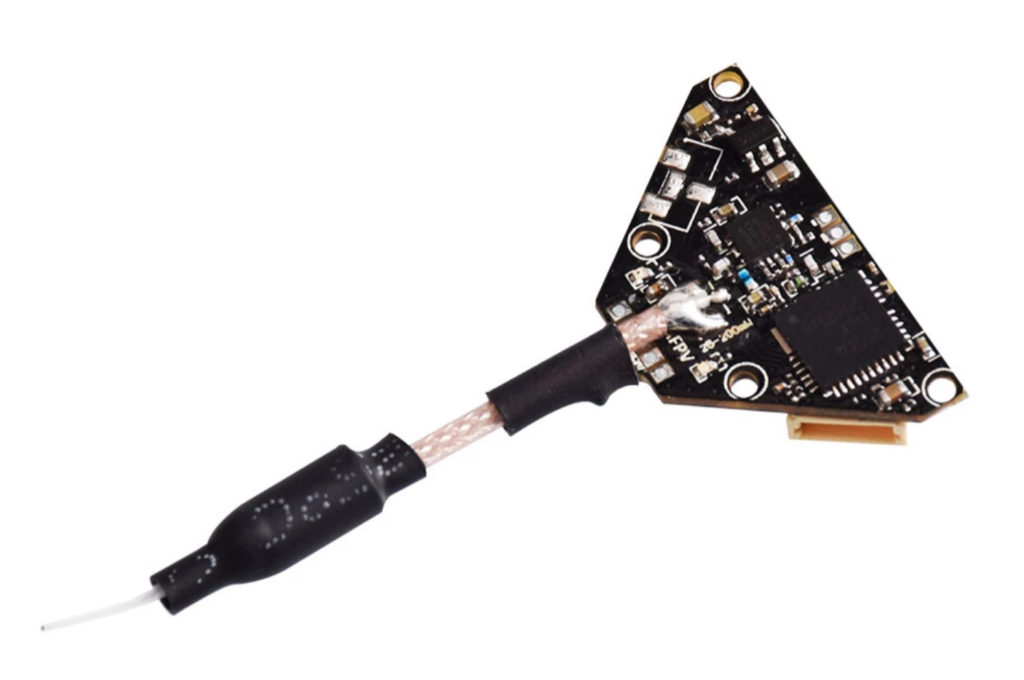 I use a 3S 450mAh battery with XT30 connection. For my taste, the balancer cable is a little too long here. They could have saved some grams, if it were shorter. 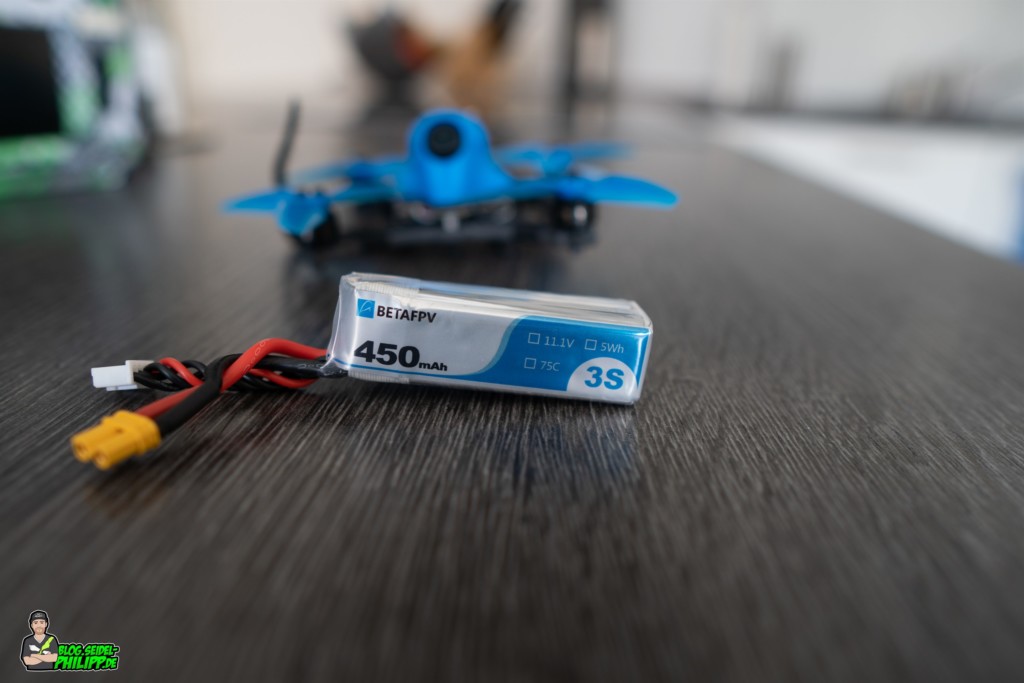 The motors are BetaFPV 1105 5000KV. To save weight, all motors are only attached with 2 screws, which is completely sufficient in my opinion. 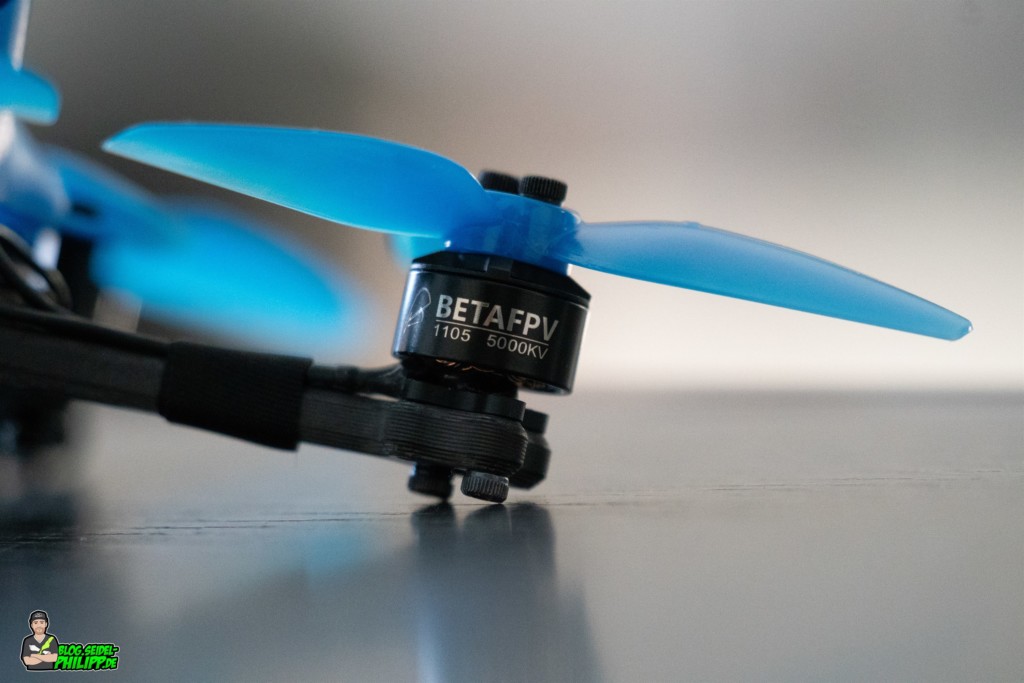 Since I fly 3S I use the three-blade HQ3030 propeller. If you want to fly 4S please use the two-blade HQ3020 propellers. 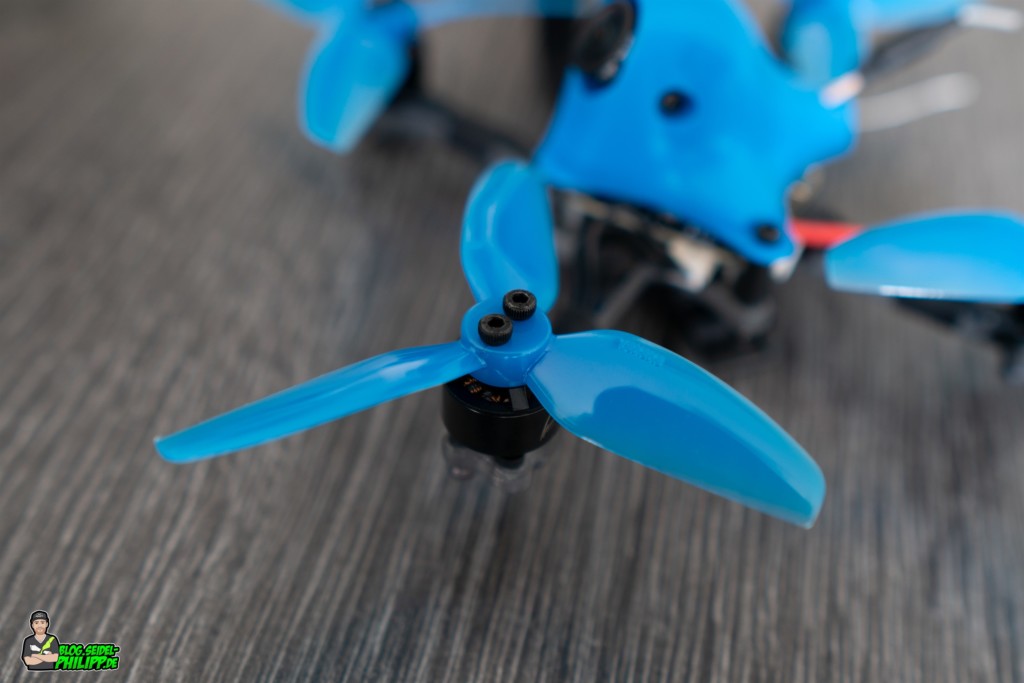 Below is a short list of the settings I have made for the copter in addition to the default settings.

If you want to use Betaflight 4.1.1, you will find the various DIFF files here.

Here is the setting for different flight modes and turtle mode 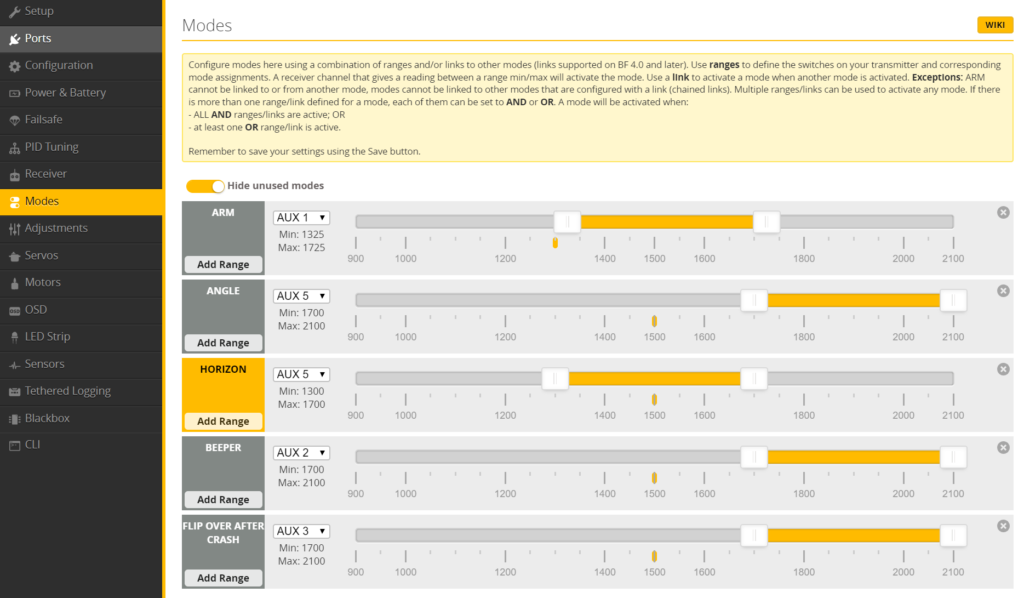 To display RSSI in the OSD, set the „RSSI Channel“ to „AUX 4“ in the „Receiver“ tab

Afterwards you can activate your RSSI in the OSD in the „OSD“ tab. 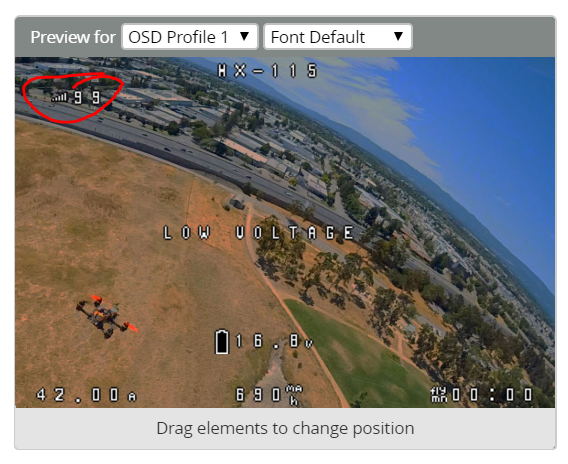 If we want to use 3 modes, RSSI, buzzer and turtle mode, we set the NanoRX to 12 channels. Telemetry on ON! 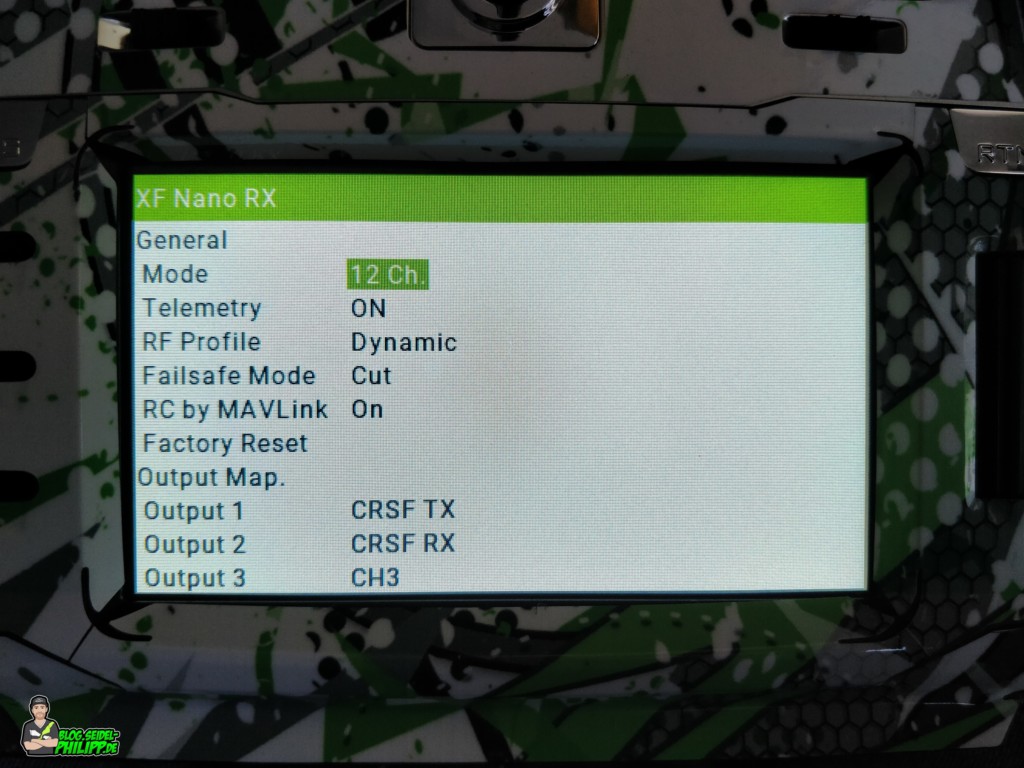 Configure the output map as follows: 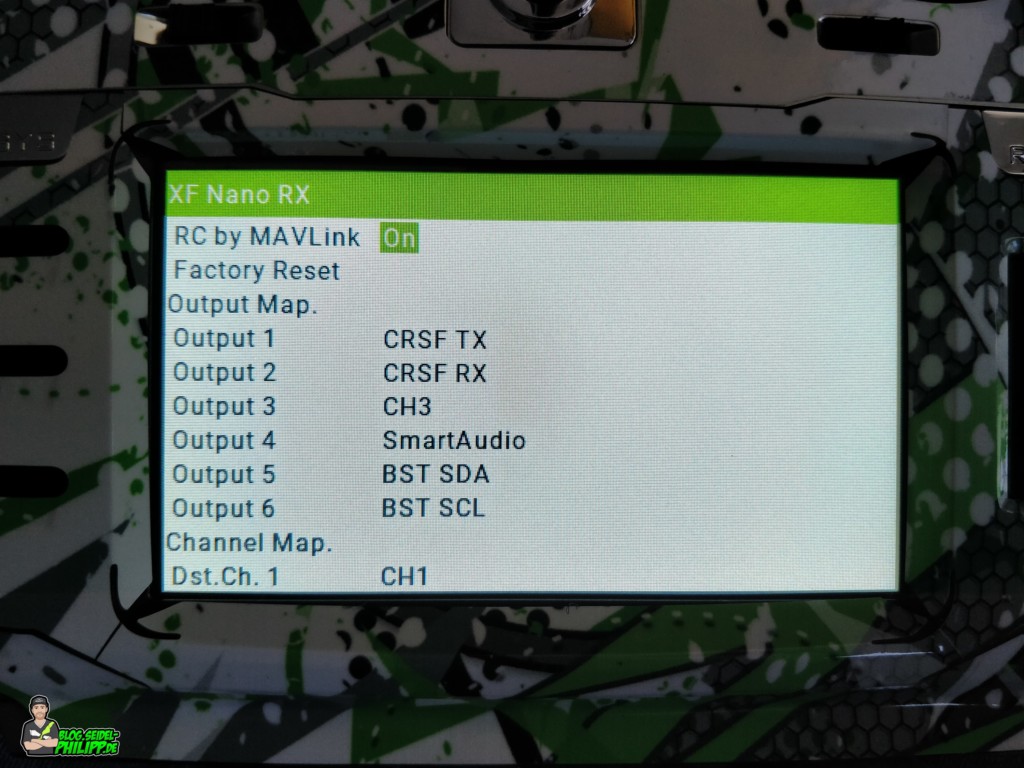 The Channel Map will also be configured as followed. On channel 8 (AUX4 in Betaflight) we send LQ back to the drone. 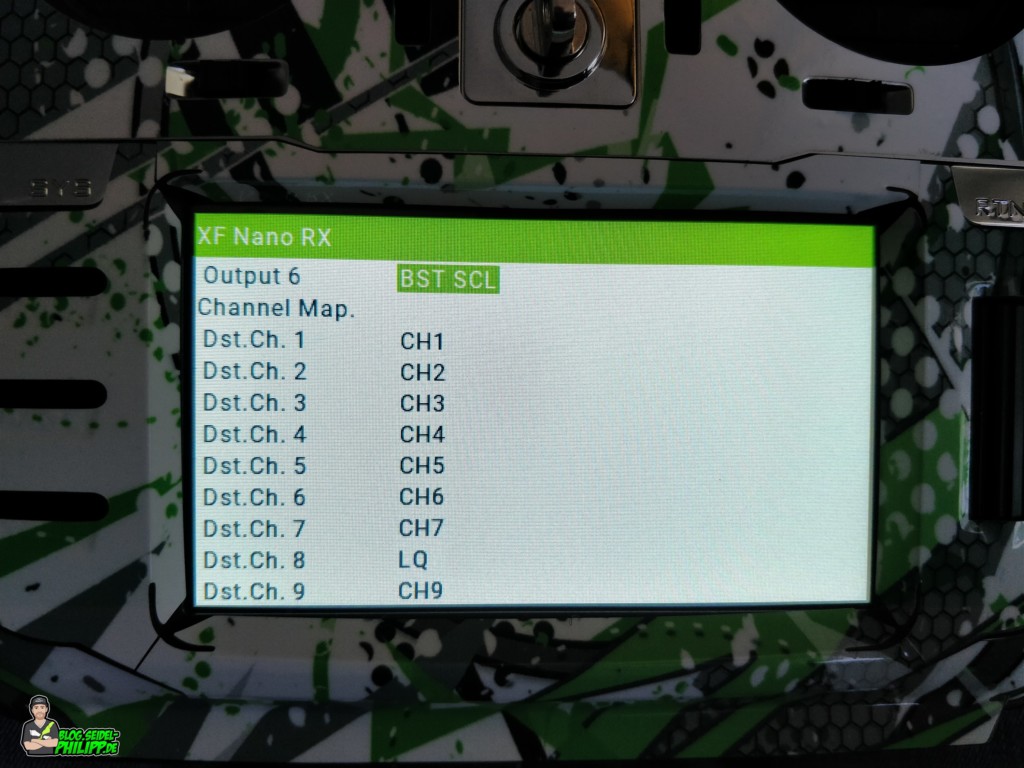 On the „Inputs“ Page, we have assigned the individual sticks. However, this should be set by default when creating the model. For the sake of completeness, I added it anyway. 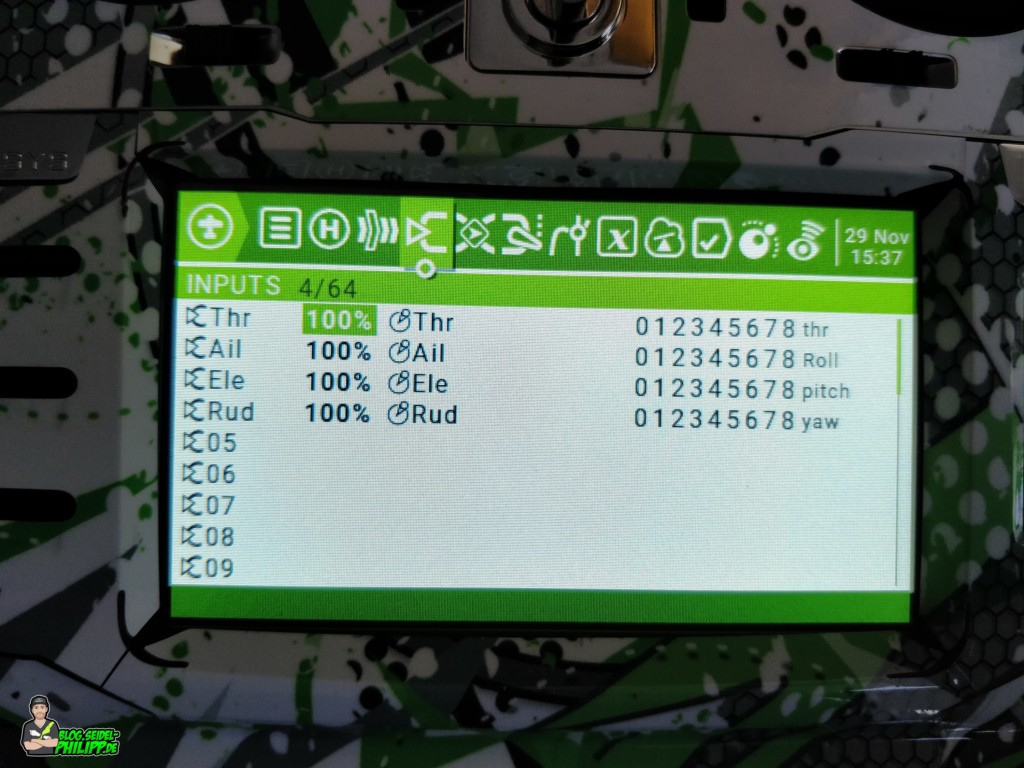 On the page „MIXER“ you can see which channels I have assigned which function. 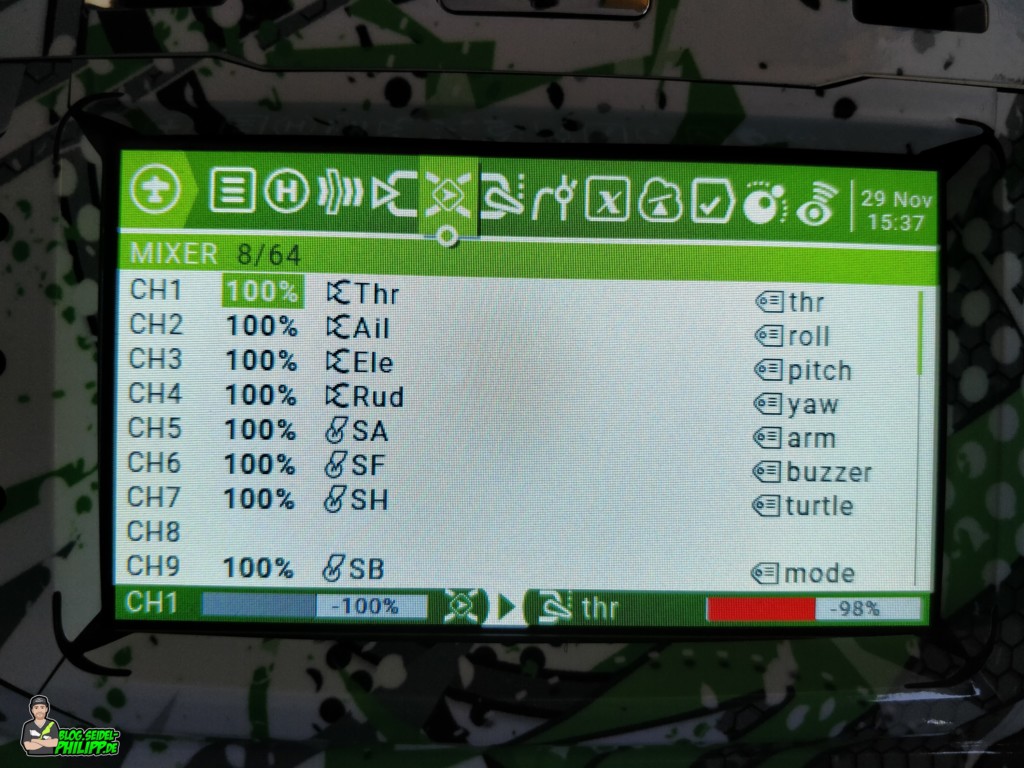 On the next page you can see that I have set channels 1-4 by subtrim to send exactly 1000us, 1500us and 2000us to the copter when I move the sticks to the minimum, the middle or the maximum. 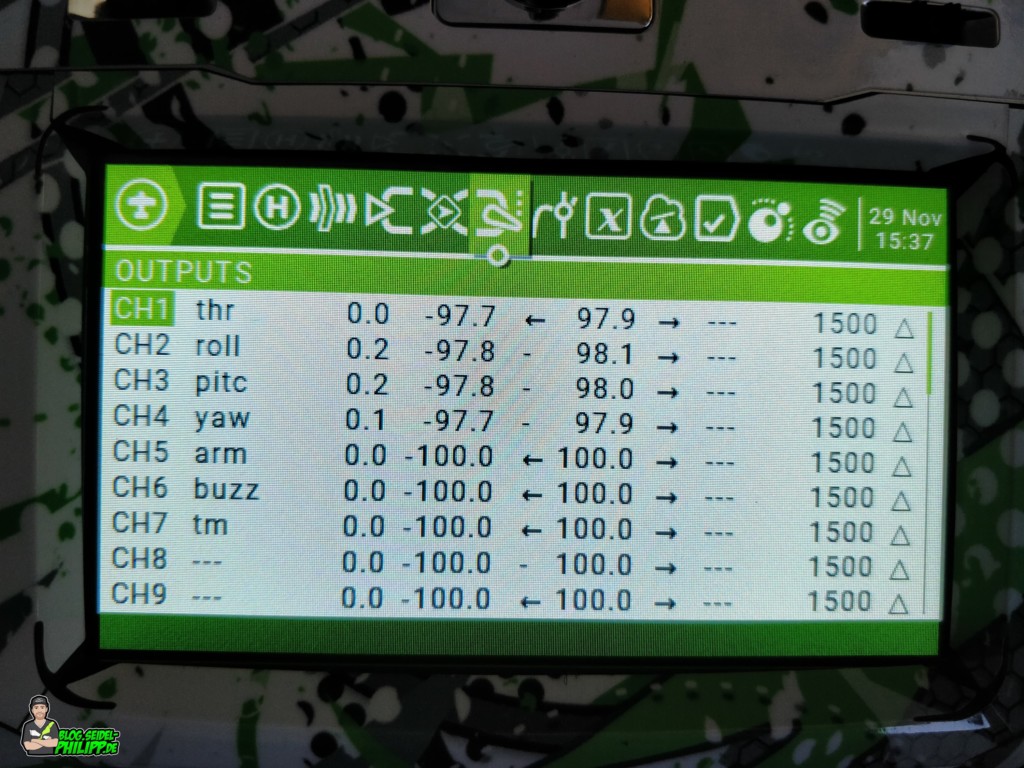 Due to the weather, DVR recordings will follow soon. The article will be adapted accordingly.

If you’re looking for a small indoor copter in the rainy season, the HX115 is the perfect choice. As a negative point I feel the very poorly laid antennas of the receiver. This could have been made better at the factory.