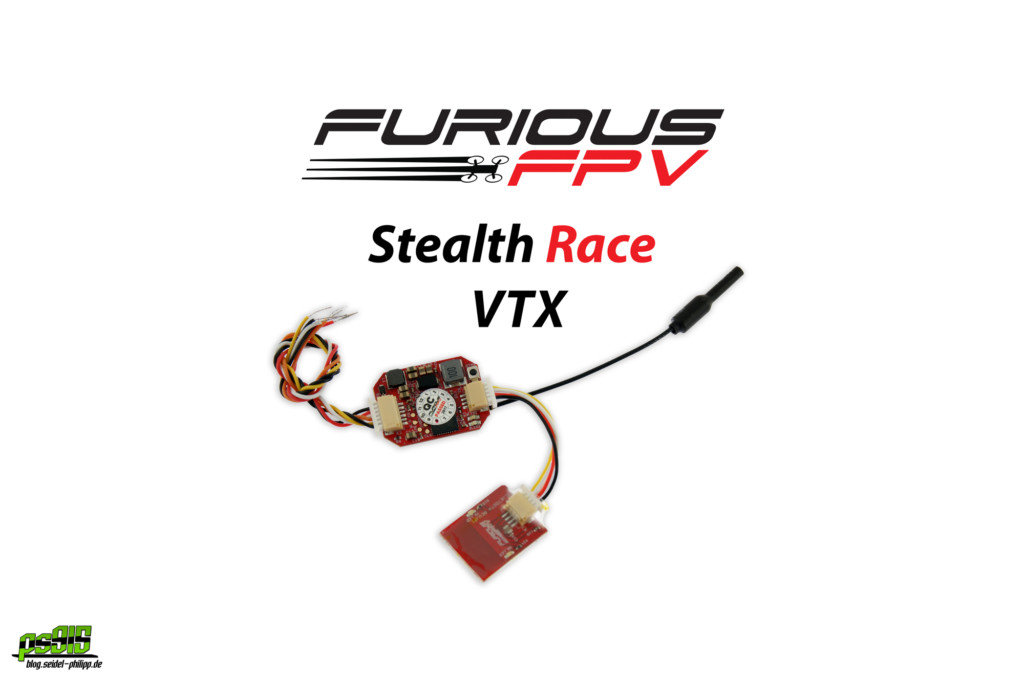 On my trip through Vietnam, I was a guest at Steve, the owner and founder of Furious FPV. I looked at the development of the FuriousFPV products at the headquarters and took one of the new Stealth Race VTXs to Germany. In this article, you will read about their new VTX. 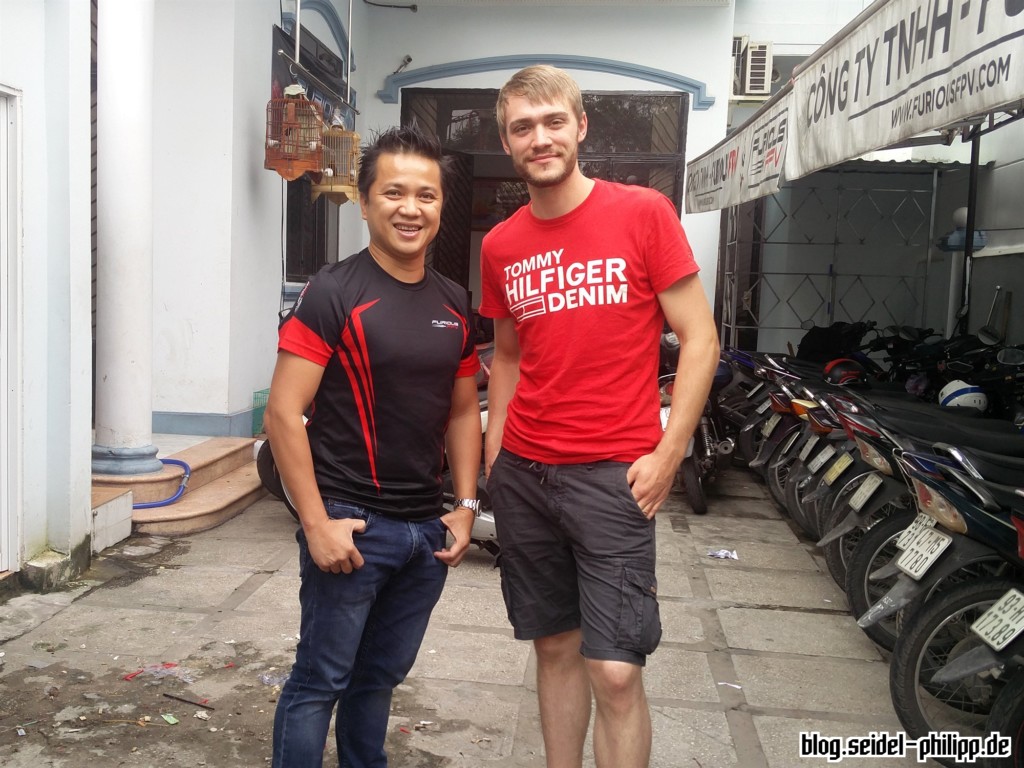 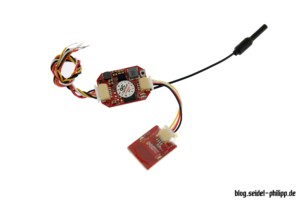 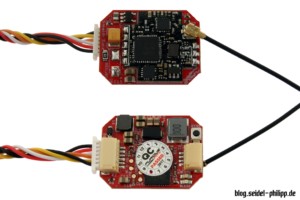 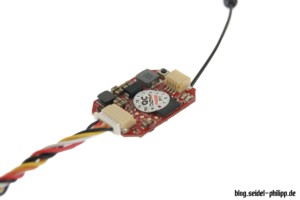 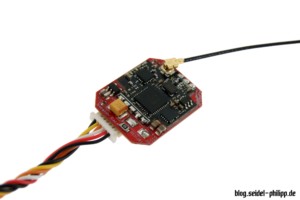 The video transmitter has 40 different channels distributed on 5 bands (A,B,E,F,R).

Edit: My prototype unit had 72 channels. The final production just has 40 channels. Low Raceband will be added with a firmware update.

Power Supply and 5 V out

The video transmitter can and should be used directly on a LiPo. It has an integrated LC filter which filters out possible interference and provides a „crystal clear“ picture. The FPV camera is supplied with power via a 5 V 1 A step-down.

The Stealth VTX can be configured in various ways. 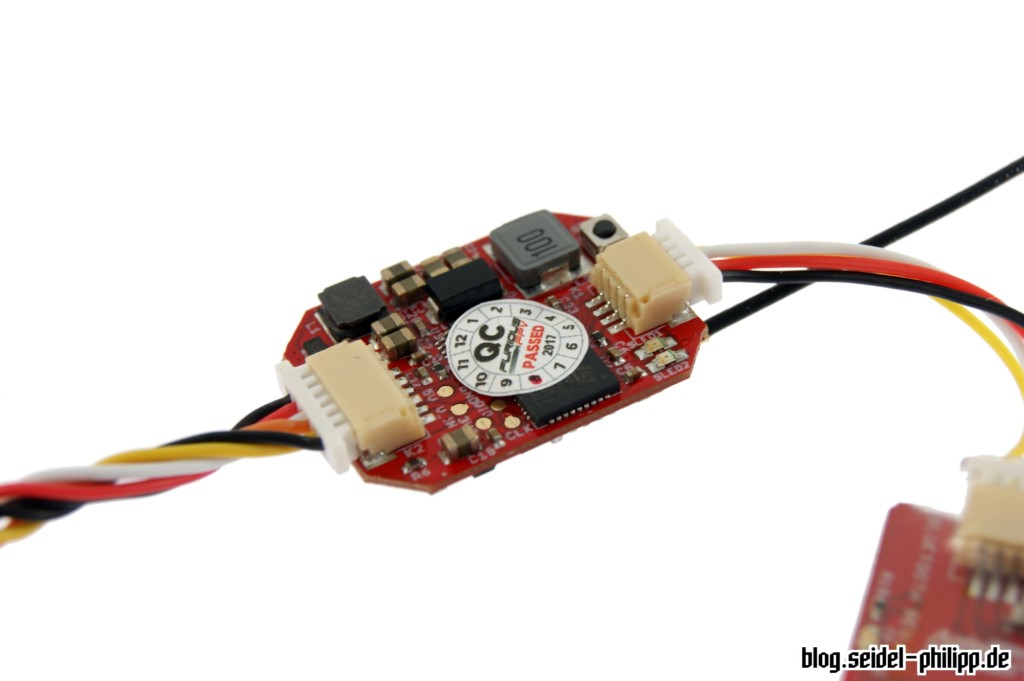 Like most video transmitters, the Stealth Race VTX can be configured via button and LED flashing codes. The red LED indicates which menu you are in.

The blue LED indicates the value of the respective menu. The setting can be stored in each menu by holding down for 5s and returns to the start. To enable 200mW, press the button for 20 seconds in the Power Menu. 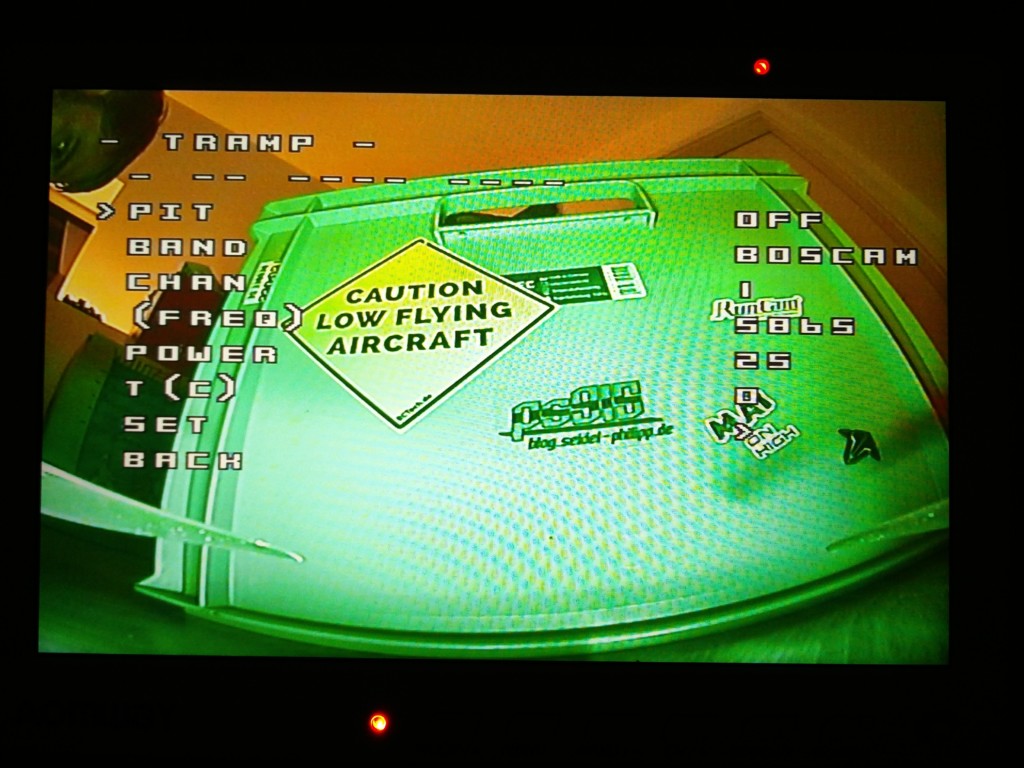 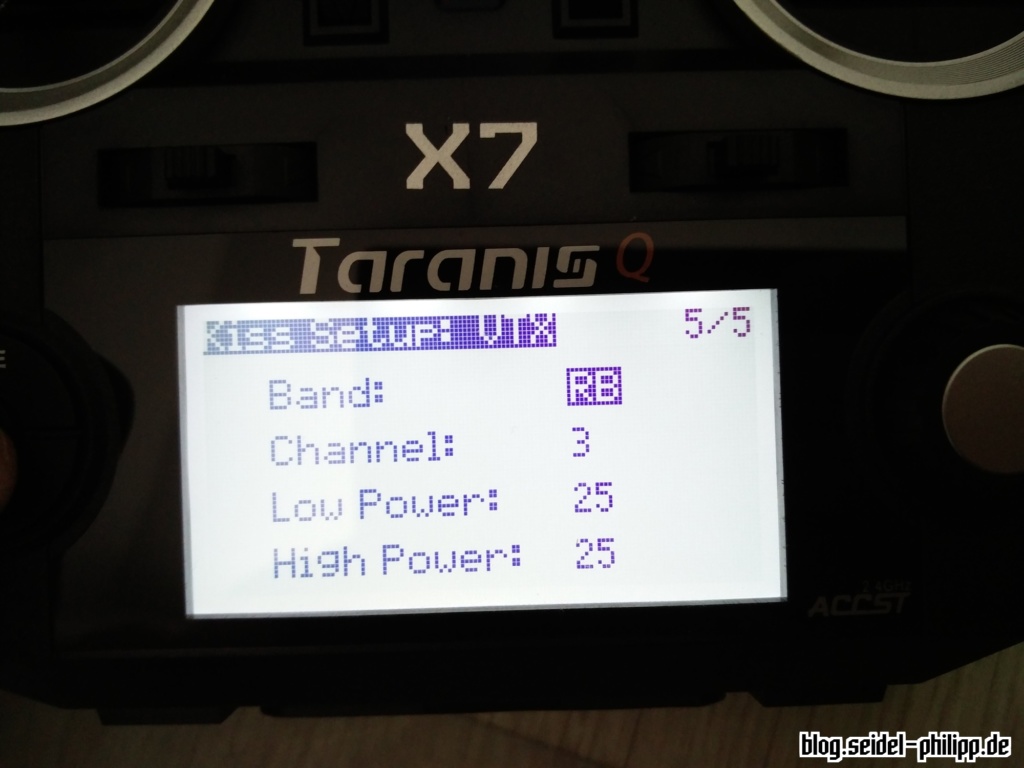 It is also possible to set the VTX via LUA Script. This requires the following LUA script: KISS FC/CC or Betaflight 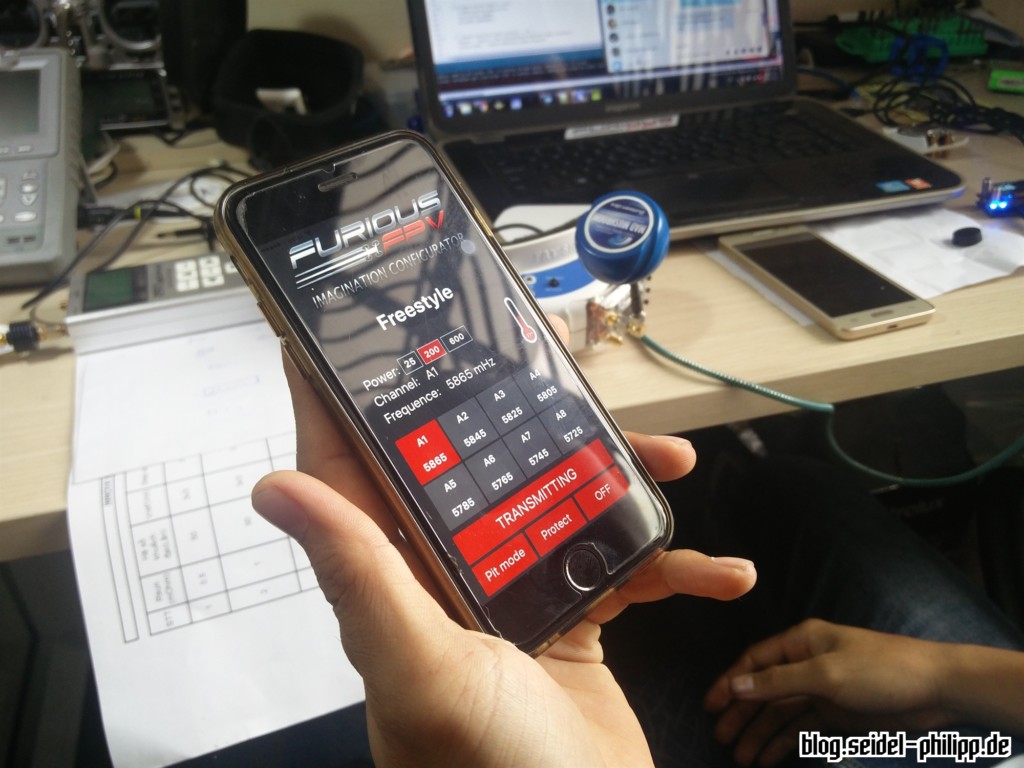 The Stealth Race VTX from Furious FPV is the first video transmitter, which can be adjusted via Bluetooth and Smartphone App (iOS). This requires a separately available Bluetooth module, which is attached to a video transmitter via a small 4-pin connector. The Bluetooth module is extremely small and can be installed somewhere in the frame, because one does not need direct access to the module, as with the ImmersionRC Tramp. Clear advantage here for the Stealth VTX.

In the app you have the possibility to choose between „Race“ and „Freestyle“. Here is a small video (english subtitles are availible): 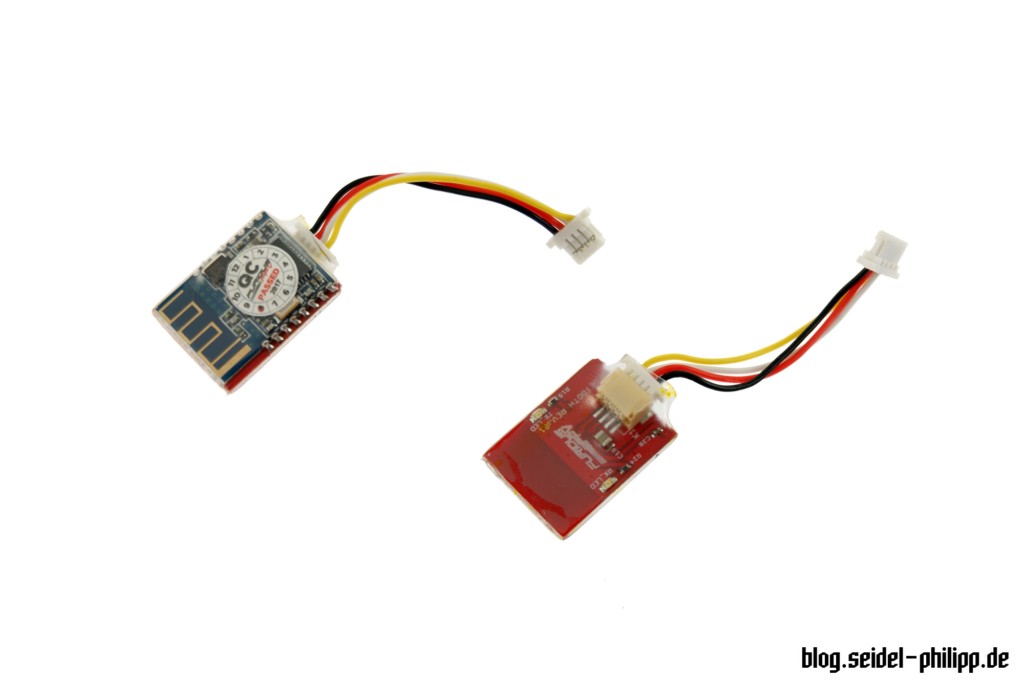 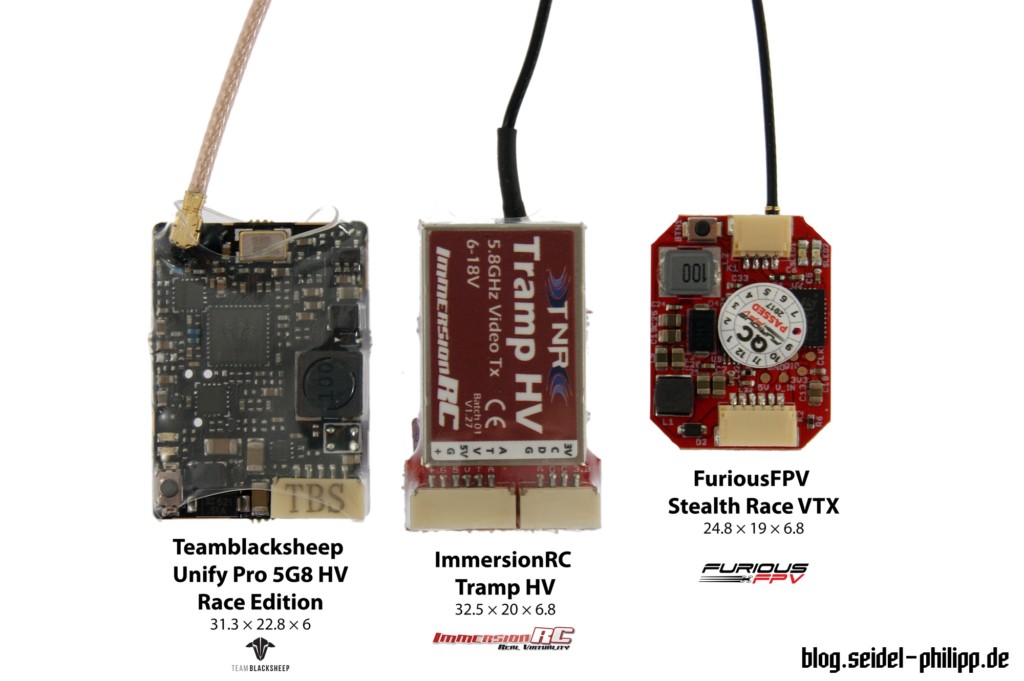 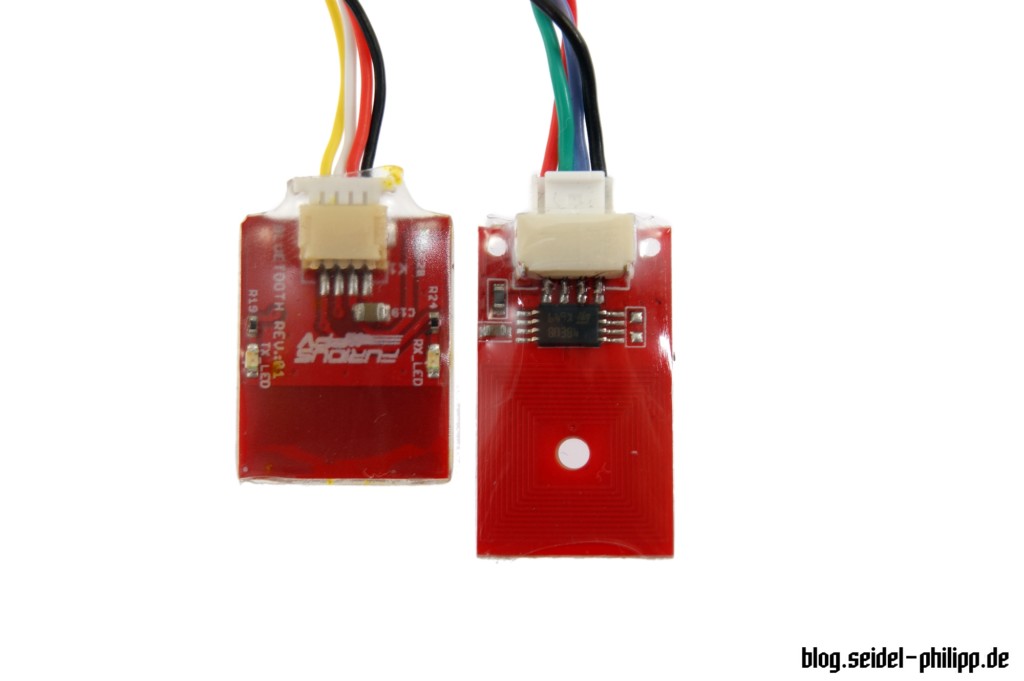 With an RF Power Meter I measured the performance of the video transmitter. 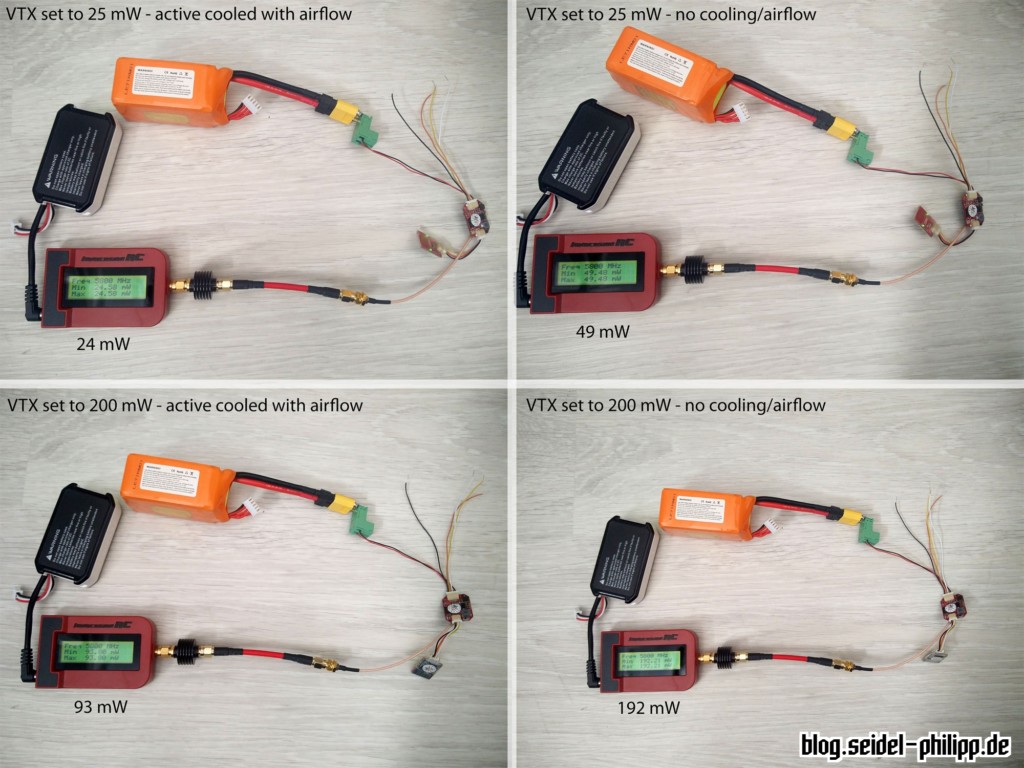 Because of the dimension and the configuration I like the video transmitter very well! Unfortunately, the transmitter is relatively hot, which is of course not surprising because of its size, but the transmitter should at least in the pit mode not get to hot. But also in Pit-Mode it gets extremely hot. The fluctuating transmission power is also due to the extreme heat i think. As soon as the VTX gets some air, its power output changes immediately. Whether this is a problem in flight, I will still find out, as well as the transmitter is in continuous use and whether it interferes other pilots on nerby channels. I will provide these findings as soon as I have enough flights with the transmitter. A plus point is that you can update the firmware, which makes me hope that Furious FPV is working on a more stable output power. I really like that App, except it wont save my password and i need to put it in every time i access the VTX. Otherwise, the app works like a charm.

Thanks Curtis for the translation! =)