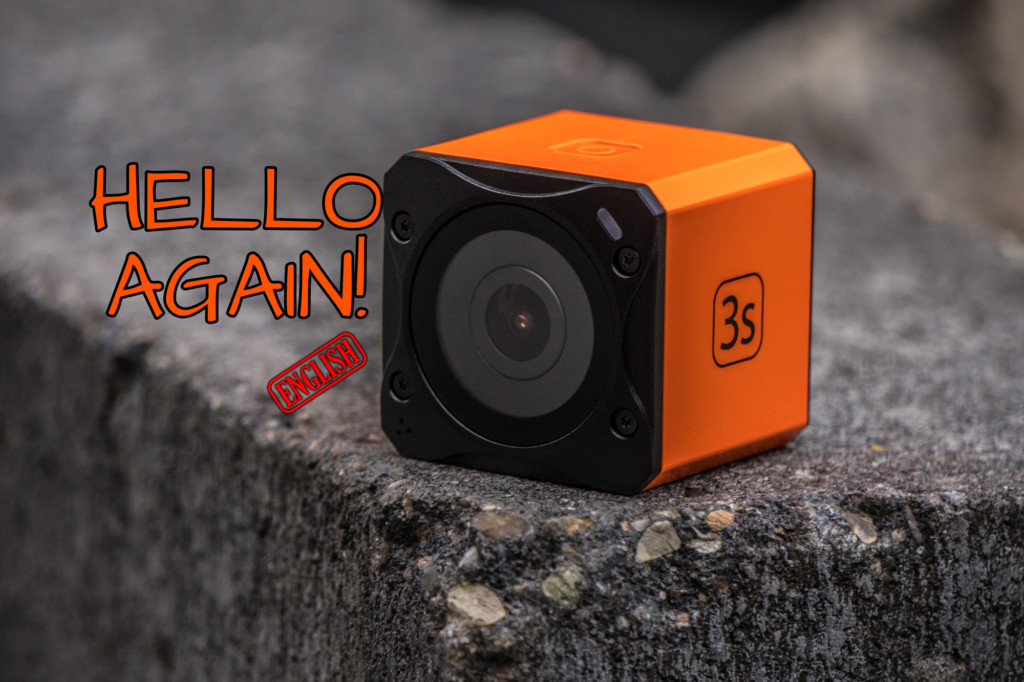 The popular RunCam 3 Action camera is back as a revised 3S. After GoPro successfully forbid the production and selling of the RunCam 3, RunCam designed a new one. The format and the features remain almost the same. More in the following article.

The camera comes well protected in a cardboard box prepared with foam. In addition to manual and charging cable, there are two straps and a FPV video-out cable included. 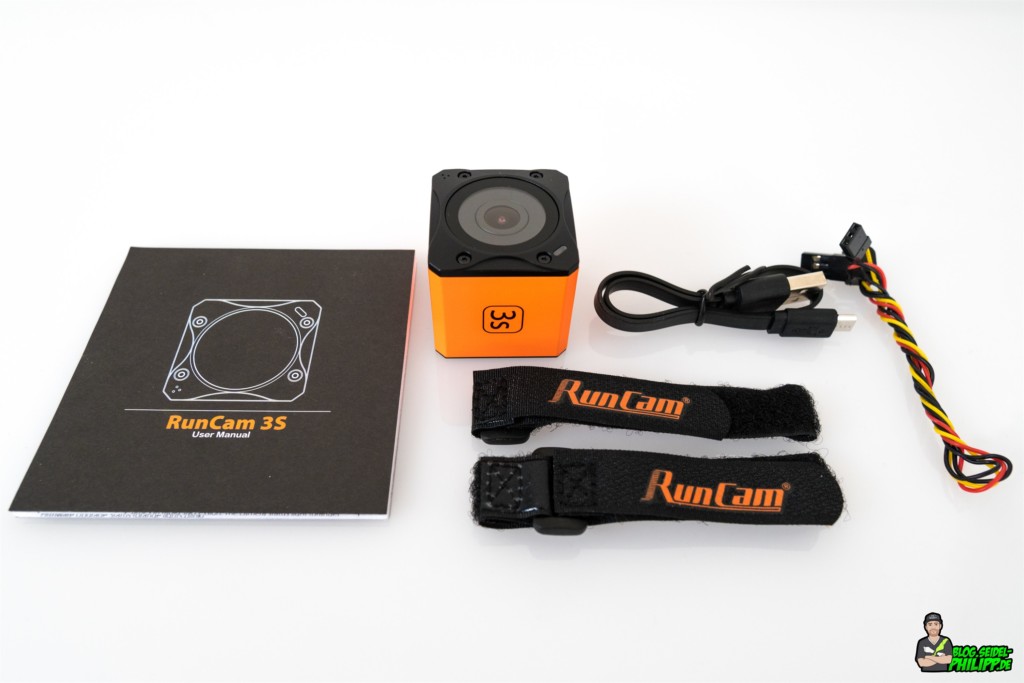 RunCam has given the entire camera a revision. You can easily replace the front glass with removing just a few Torx screws. 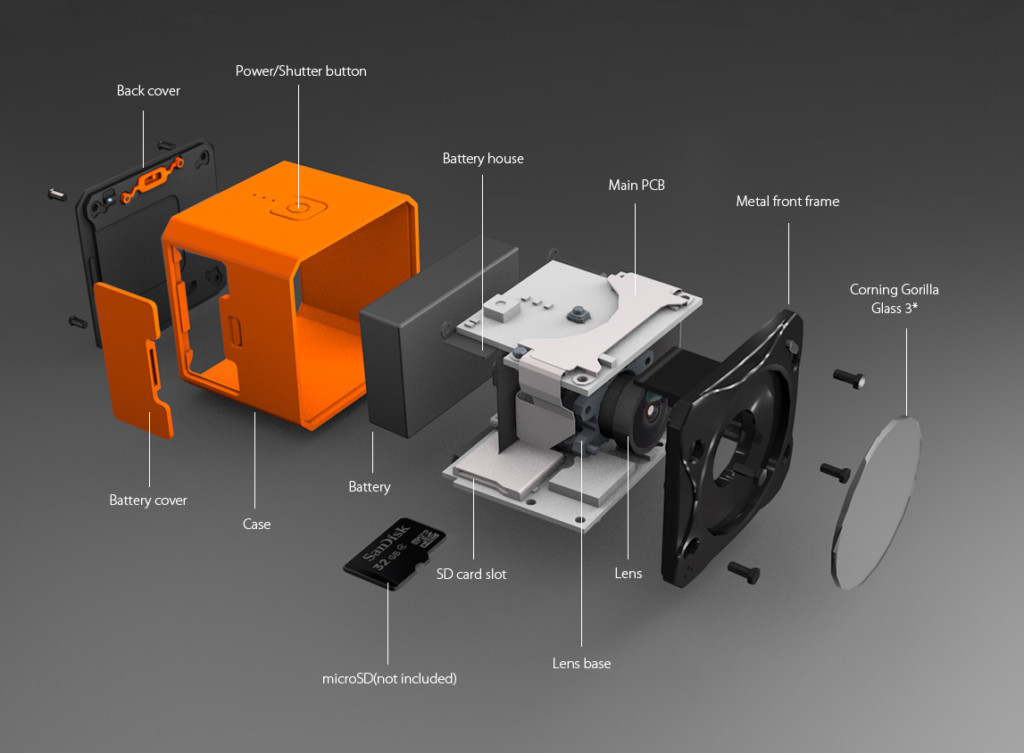 On the front is the microphone on the lower left. At the top right is an LED that shows the camera status. The trigger is located as in the predecessor center on the top. Four small LEDs behind the trigger indicate the battery level. 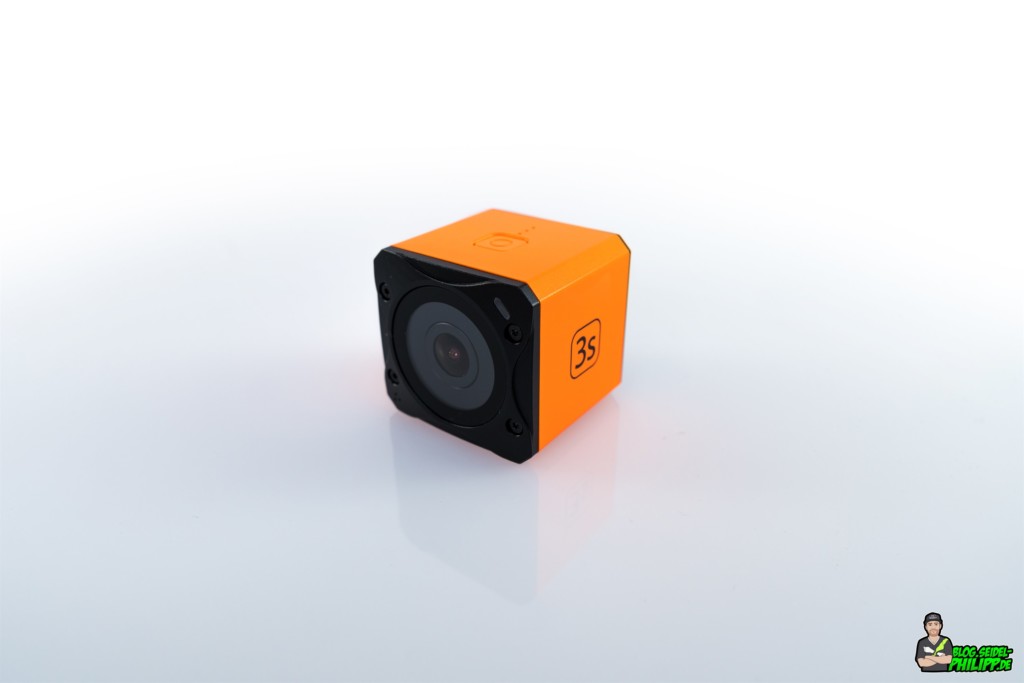 On the back there is the Micro-USB port to charge the camera or copy files to a computer. Further up there is a button for WiFi and recording mode. Right next to it is another LED installed which shows WiFi status and charging status of the battery. 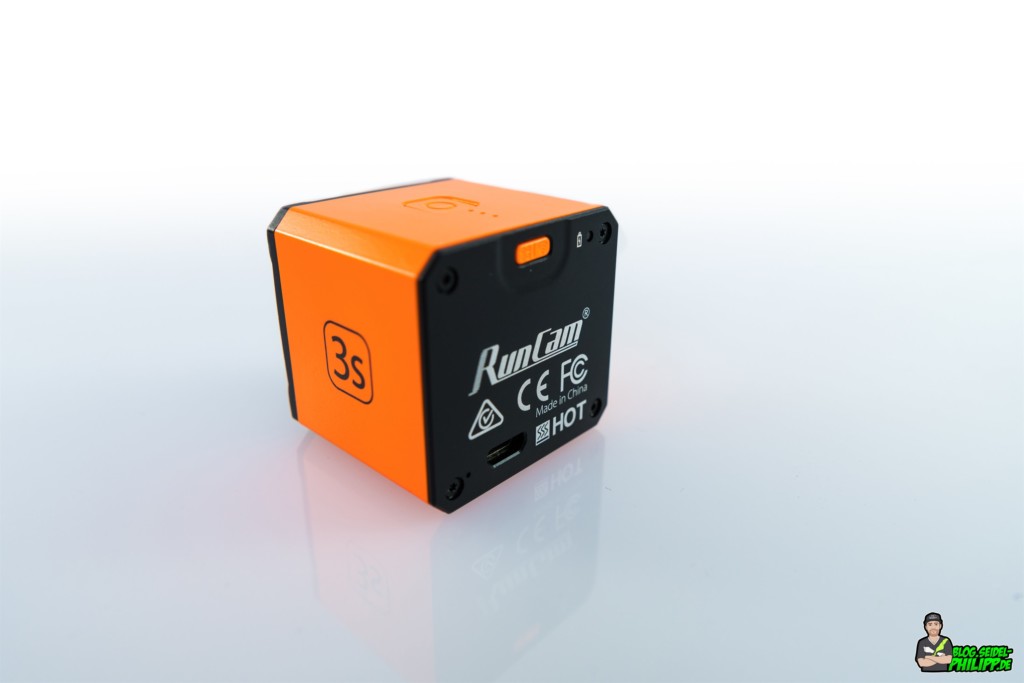 The battery (850mAh) of the new RunCam 3S is interchangeable. On my model, however, it was not so easy to open / close the small door, as the mechanics is relatively stiff and there is no edge where you can attach with the fingernail to the door. The SD card is inserted below the battery. 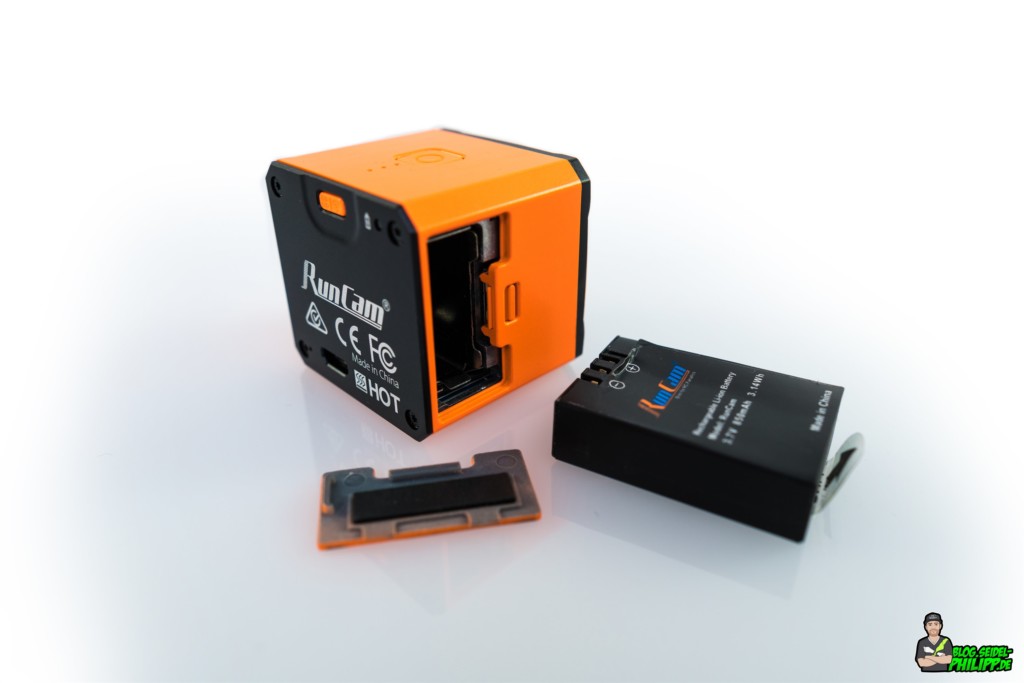 The app has not changed a lot. The connection works fine and you can easily do all settings via app. Likewise, recorded videos can be played or copied to the smartphone.
Unfortunately, the german translation is really bad. I sat down, improved the translation and sent it to RunCam. Soon you will receive an update of the app tho. =) 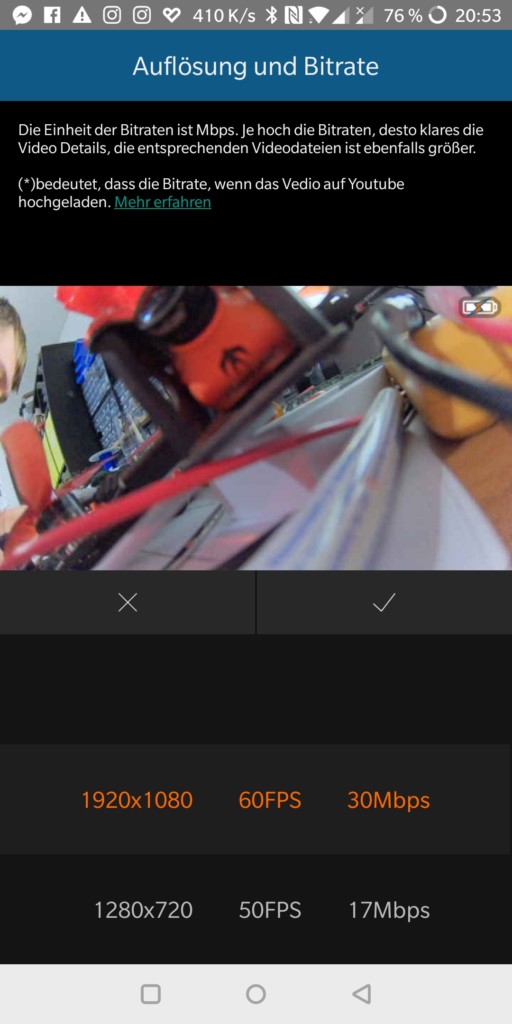 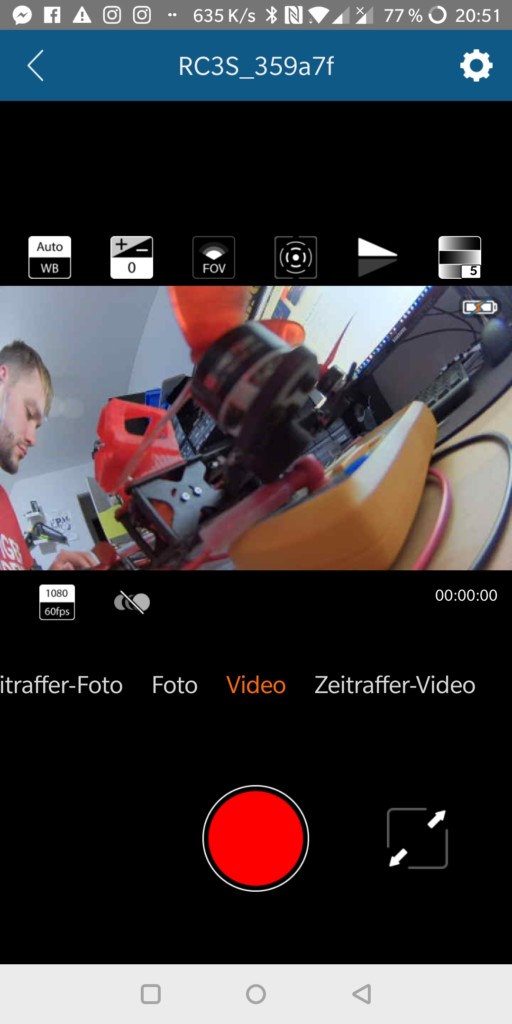 The new RunCam 3S is only a few grams heavier than its predecessor. The Session 5, however, is just under 4 g heavier.

Here’s a comparison of the Field Of View. In the 3S, a lens / lens was installed with a larger FOV. Horizontally, the FOV is almost identical to the GoPro Session5, whereas vertically the GoPro Session 5 has more FOV. Whether the wider FOV of the 3S affects the image quality (distortion, etc.) will be seen after the first flights. 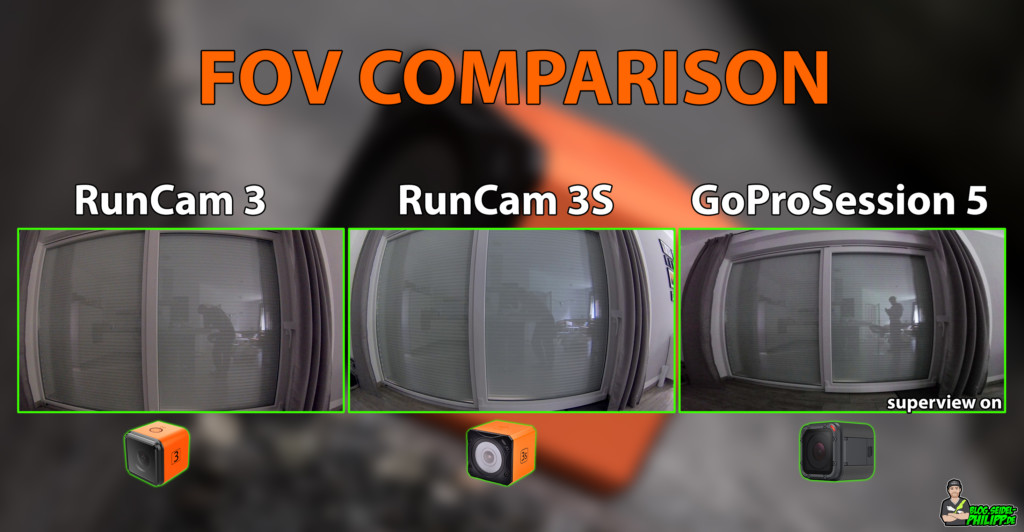 Let’s take a look at the picture quality. The RunCam 3S records 1080p 60fps at 30 MBps. The image is rich in detail in the dark and light passages thanks to the adapted WDR function. Apart from some distortions on the outr image (due to the new lens with a wider FOV), there is only one point where I have to criticize. And that’s the chromatic aberration. 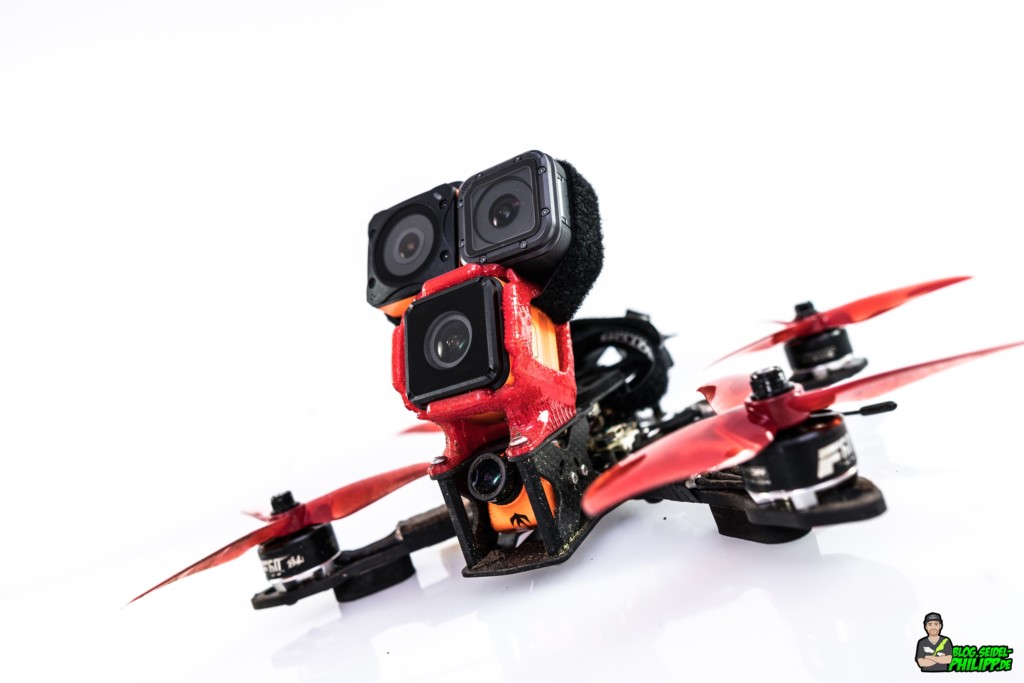 Unfortunately, the new RunCam 3S has a lot of chromatic aberrations when shooting thin dark objects behind a bright background. This can be recognized by bluish / turquoise color errors at the edges of the objects.
Sometimes you can correct these color errors by software later. For RAW files there are some automatic functions to remove these color errors. However, because we have .mp4 files, it will be difficult to completely remove these effects on the RunCam 3S 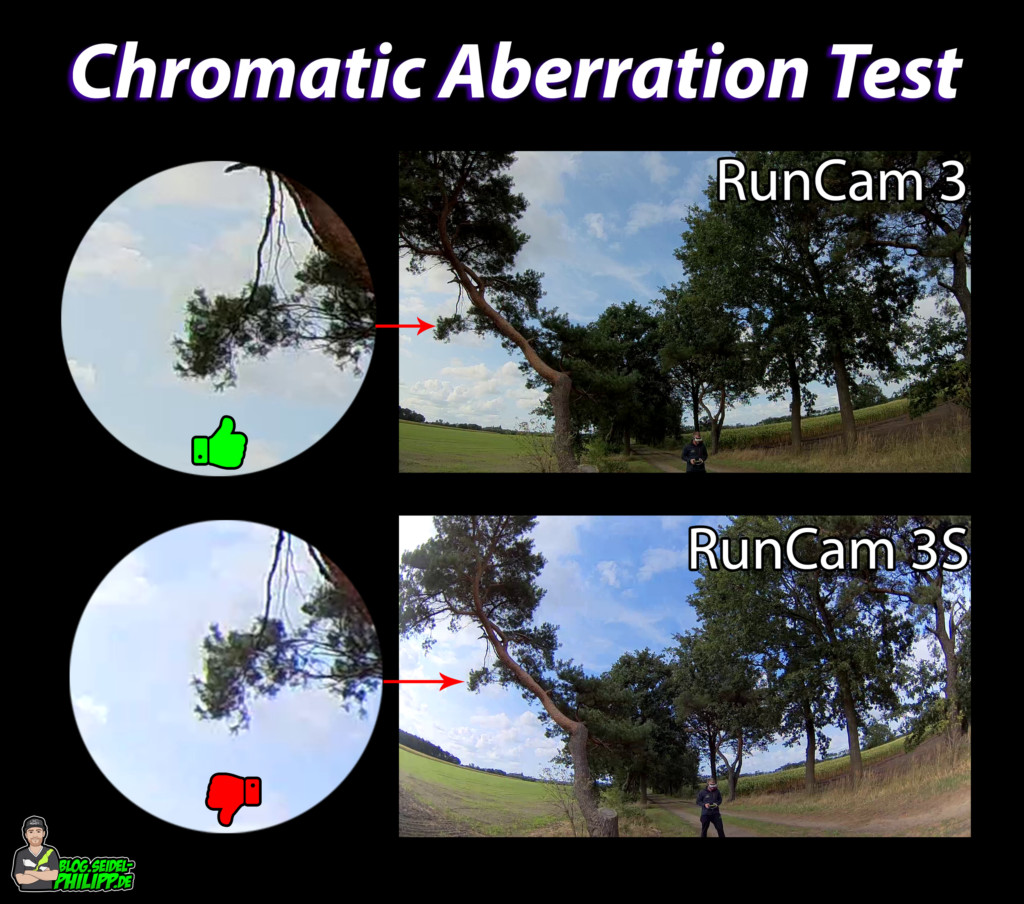 Here is a comparison video between

Due to the extra weight and the wrong center of gravity, I flew relatively cautiously, because I did not want to lose a camera.

As expected, the camera is extremely easy to open and take apart. All you need is a Torx and Phillips screwdriver.
The new camera is therefore very easy to repair. 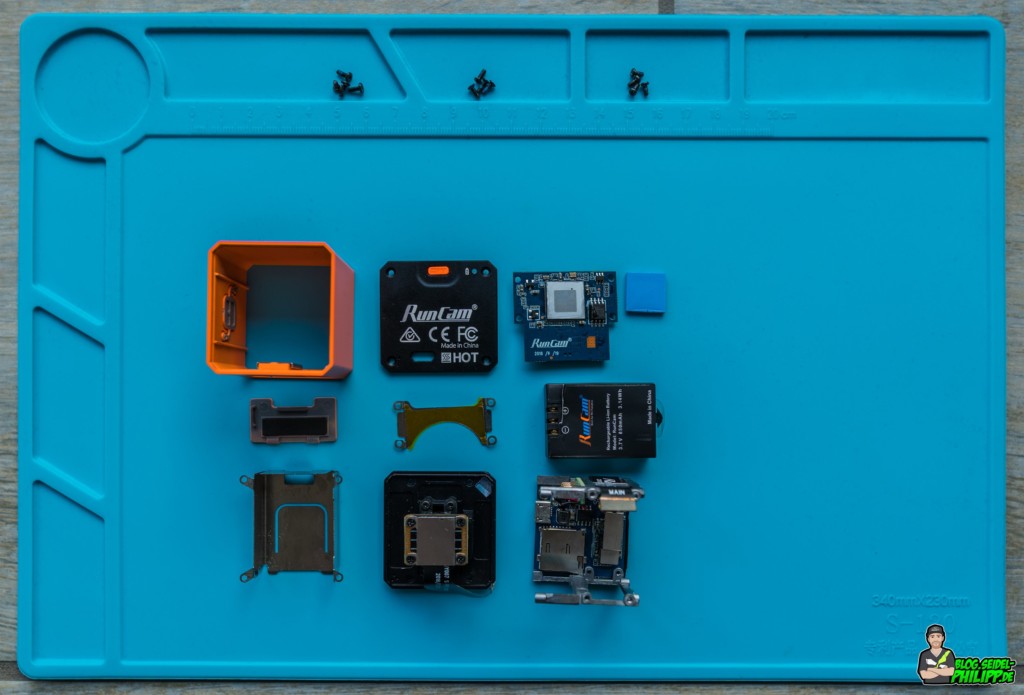 Since you can no longer officially buy the GoPro Session 5, it is nice that you can now buy a camera in cube format from RunCam. Of course, the quality of a GoPro wont be achieved by the RunCam 3S. The sound has been improved and clearly sounds better than the RunCam 3. I am currently testing various methods to improve the sound even further and will be able to expand the article as soon as I succeed.

In terms of image quality, the RunCam 3S can convince only moderately. Unfortunately, there are color errors that are probably due to the new lens or WDR „enhancement“ (or both together). On the one hand, I think it’s good that we can get close to SuperView, on the other hand, these color errors are really not nice.

Another negative point is that the dimensions of the camera have been slightly changed and they therefore no longer fit into previous action cam mounts. In a few mounts that I have printed from TPU, the camera still fits with some force.

For about 85-115 € I can still recommend this camera (for racing), because it is next to the Foxeer box the only cube camera that you can still buy. However, this camera is not particularly suitable for beautiful freestyle videos with maximum picture quality.