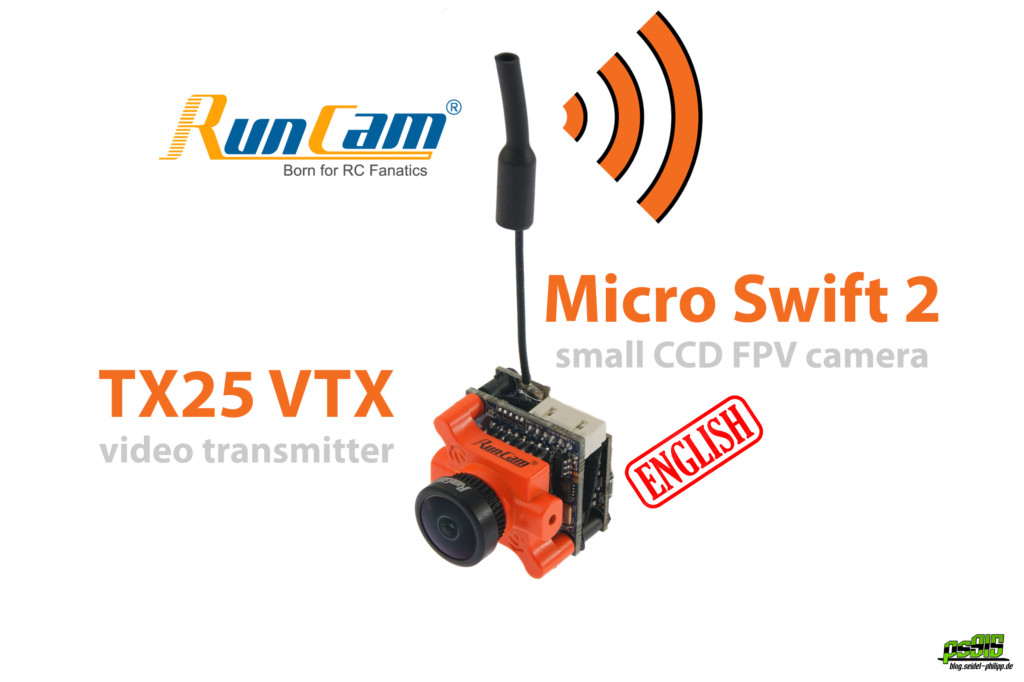 Runcam has struck once again and released a very interesting solution for super light copters like Homeracer. The new Micro Swift 2 comes with a large portfolio of features and can be easily connected to the TX25 video transmitter with two screws.

Where to buy / Shop 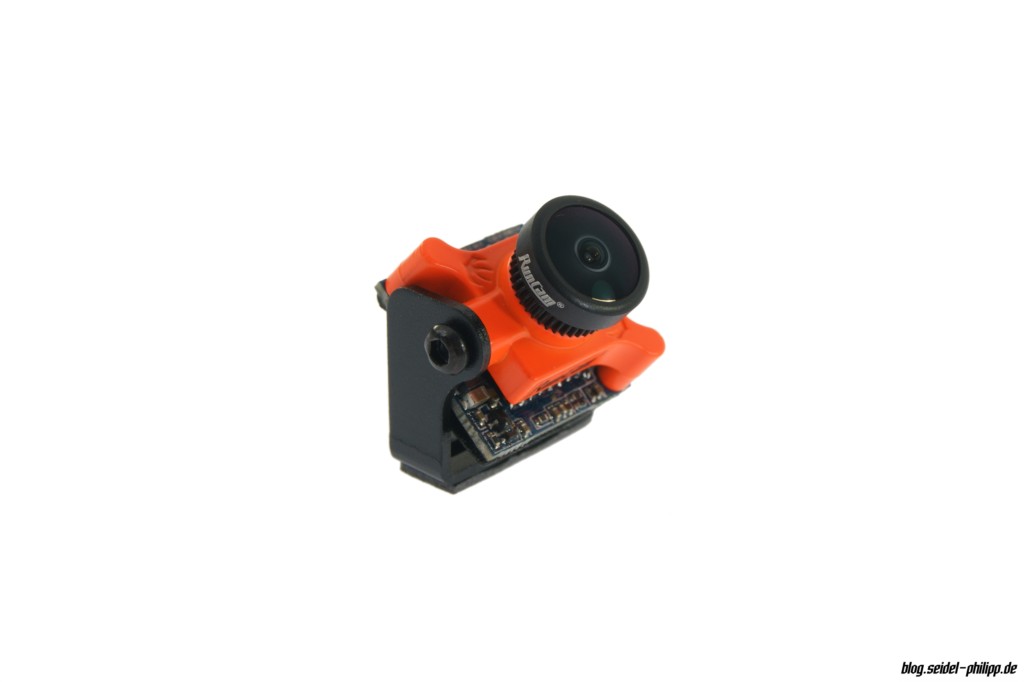 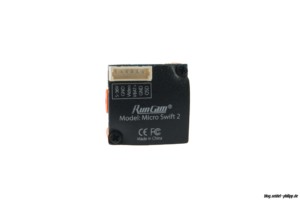 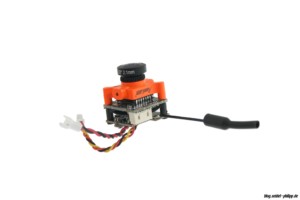 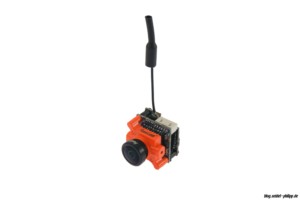 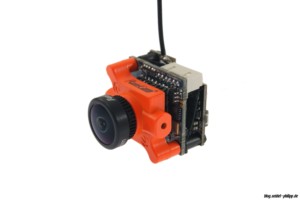 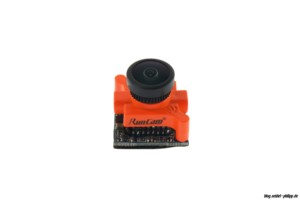 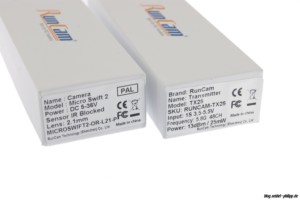 The Micro Swift 2 will also be shipped with a CCD sensor, as it has proven itself in the FPV area. The sensor is attached to the board using additional glue, as RunCam does on all its cameras. For the lens you can choose between a 2.1 lens with 160 ° FOV (Field of View) or a 2.3 lens with 145 ° FOV. In contrast to the lenses of large cameras, M8 lenses are used, which are particularly small and light. 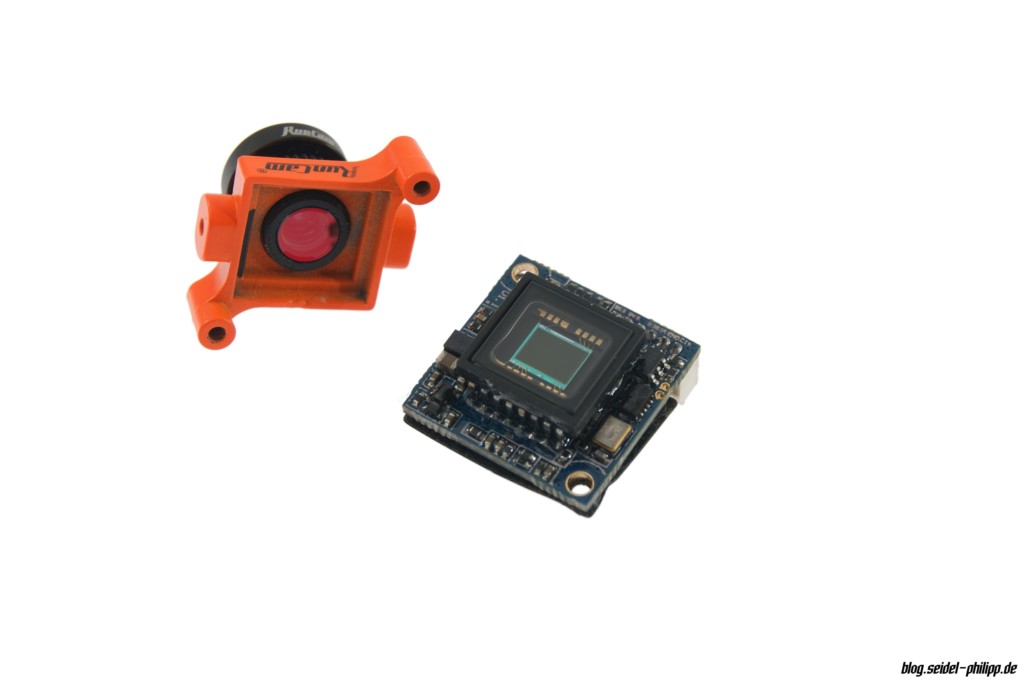 Some time ago I mentioned in a conversation with RunCam which features would be worthwhile in my opinion. In addition, I have collected many ideas together with the Community and also started a survey in a large Facebook group.
Although RunCam probably had it on their ToDo list anyway, I am particularly pleased about two new features that have been implemented in the RunCam Micro Swift 2.

On the one hand there is a voltage warning via OSD and on the other hand the possibility of fast adjustment of the camera and the change between different profiles. =)

A rather simple but very useful feature is the active warning when the LiPo falls below a certain voltage. This is indicated by a blinking voltage value in the OSD, which tells the pilot that his LiPo will soon be empty. Although the previous voltage display was also useful, but you had to pay constant attention to the display during the flight, as you was not actively warned.

The second feature allows us to quickly and easily switch between camera profiles. So it is possible to quickly activate the desired settings, depending on whether we want to fly. For example in the dark, indoor or in bright sunshine and always with optimal picture.
Just plug the enclosed joystick on the OSD Port of the cam and with one click you can switch between the profiles. The following profiles are available (Personal / Lightrax / Outdoor / Indoor / Cloudy / Twilight).

Unlike the Micro Swift 2, the TX25 has no new or innovative features. It is an ordinary 48 channel video transmitter. Together, however, the two products are very interesting, as they can be used well for small copters like brushless homeracers. The 48 possible channels of the TX25 have a transmit power of 25mW. As a disadvantage, one can note the soldered antenna, which should have a U.FL plug for easier antenna replacing. 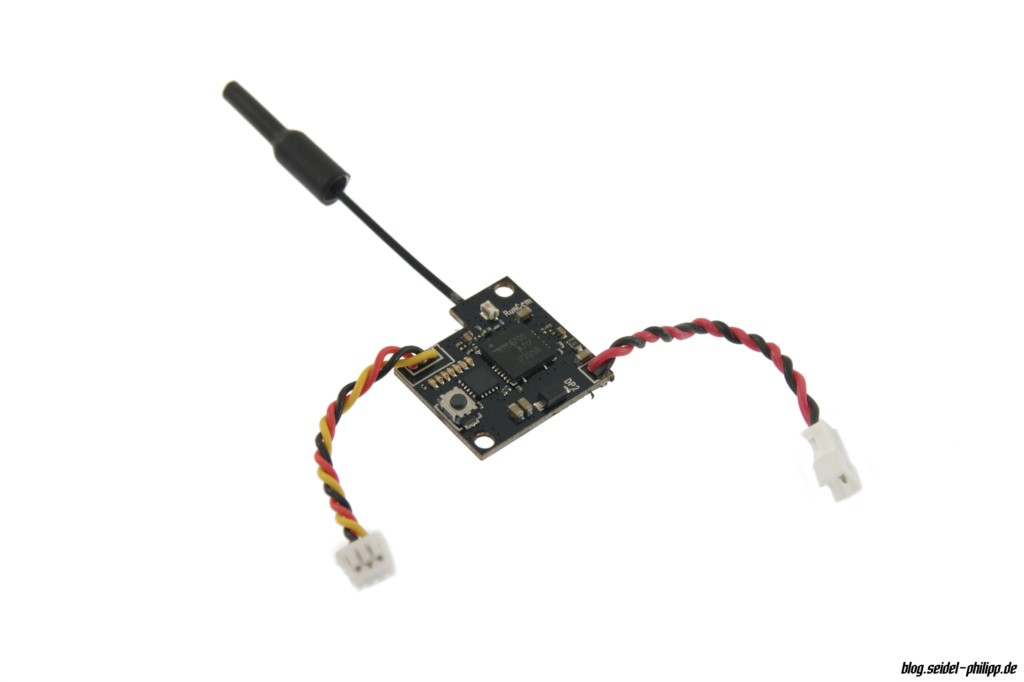 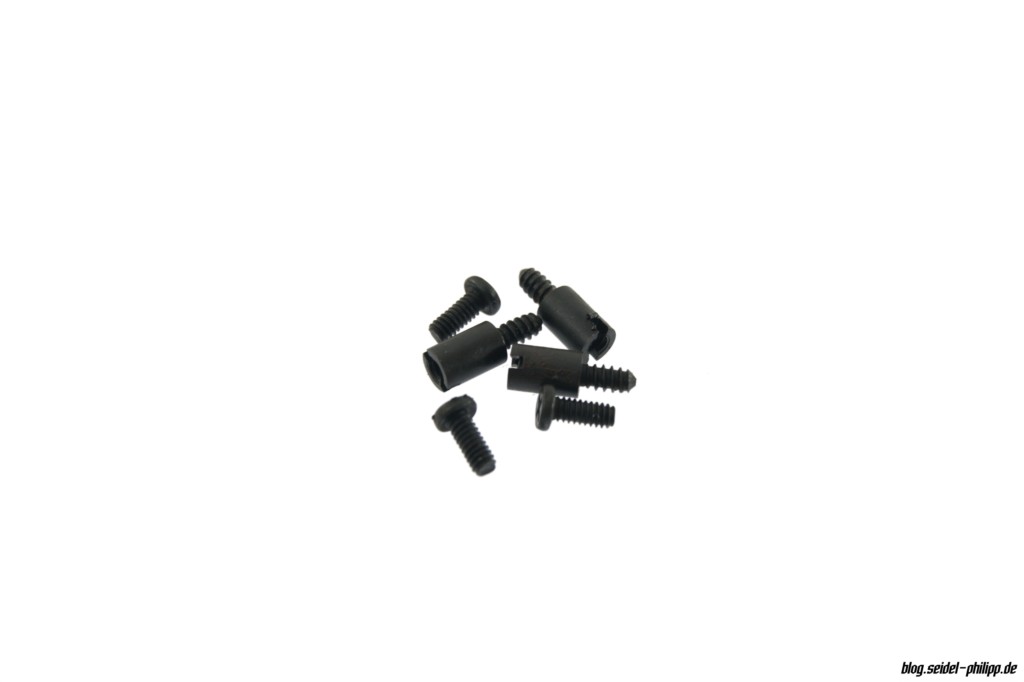 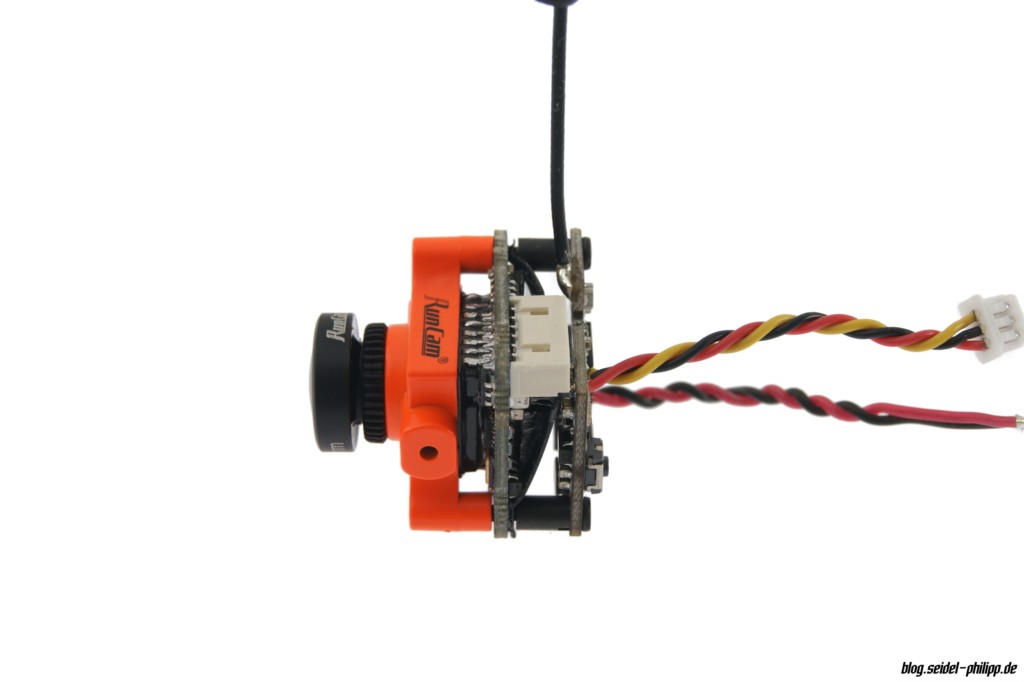 The video transmitter and the camera are simply connected using the enclosed adapter. This also provides the camera with power via the VTX. For the video transmitter 5 V as noisearm as possible are needed, for which a simple 1A voltage converter is sufficient. This provides enough power to power both components. Any disturbances in the video image can be reduced by an LC filter. 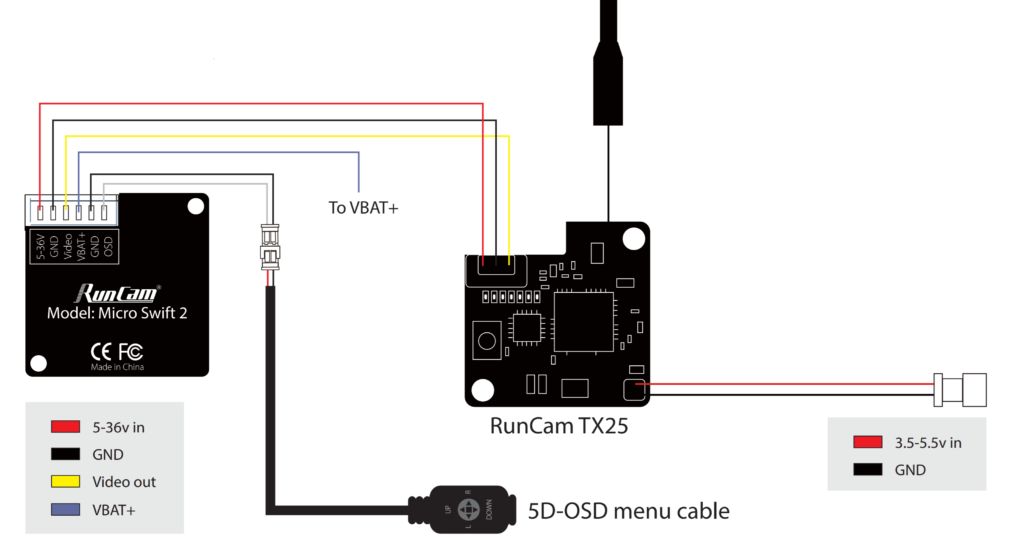 Unfortunately soldering is still not completely spared, as the cables supplied by RunCam are much too long. In this case, a short adapter would have been the better solution, especially since in the area of ​​Homeracer the space is limited and must be paid attention to every gram. Although the shortening and new soldering of the cable is in principle no problem, but you would have the effort and the three additional rigid solder joints can save by a shorter cable. It is easily possible to save even a whole plug by simply soldering the old cable of the video transmitter from the board, cuts this and then soldered directly. 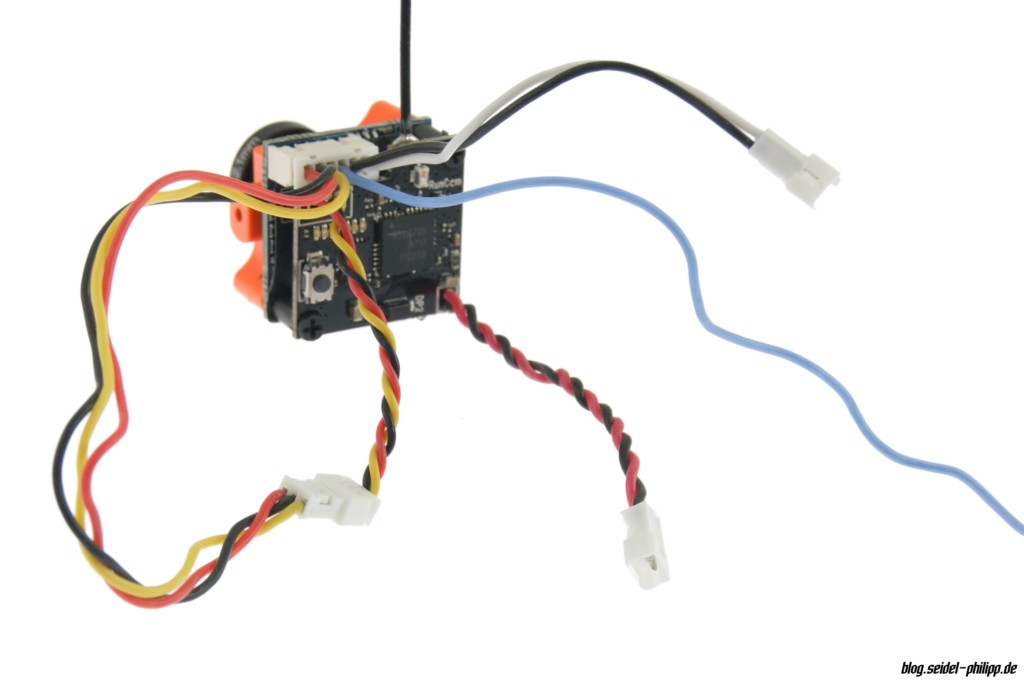 The channels of the video transmitter can be adjusted with a small button. 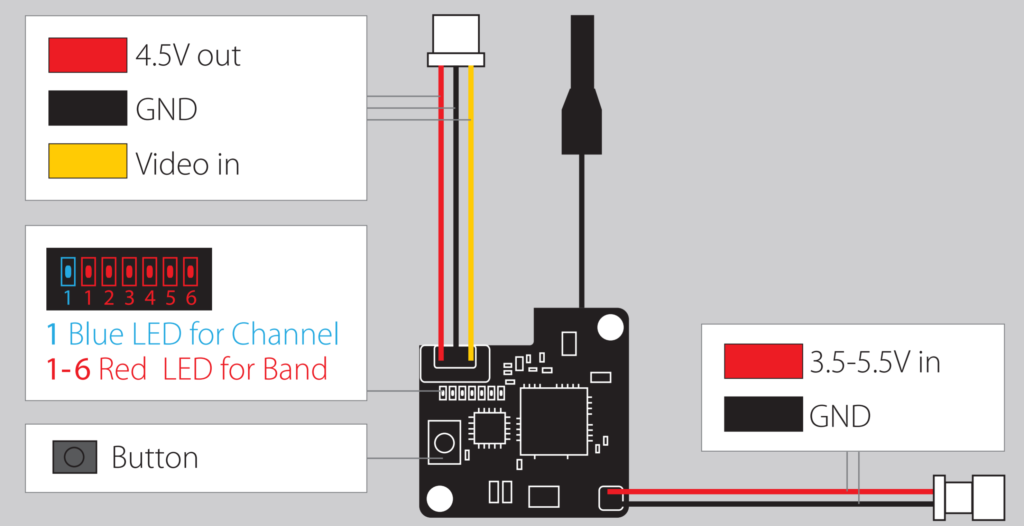 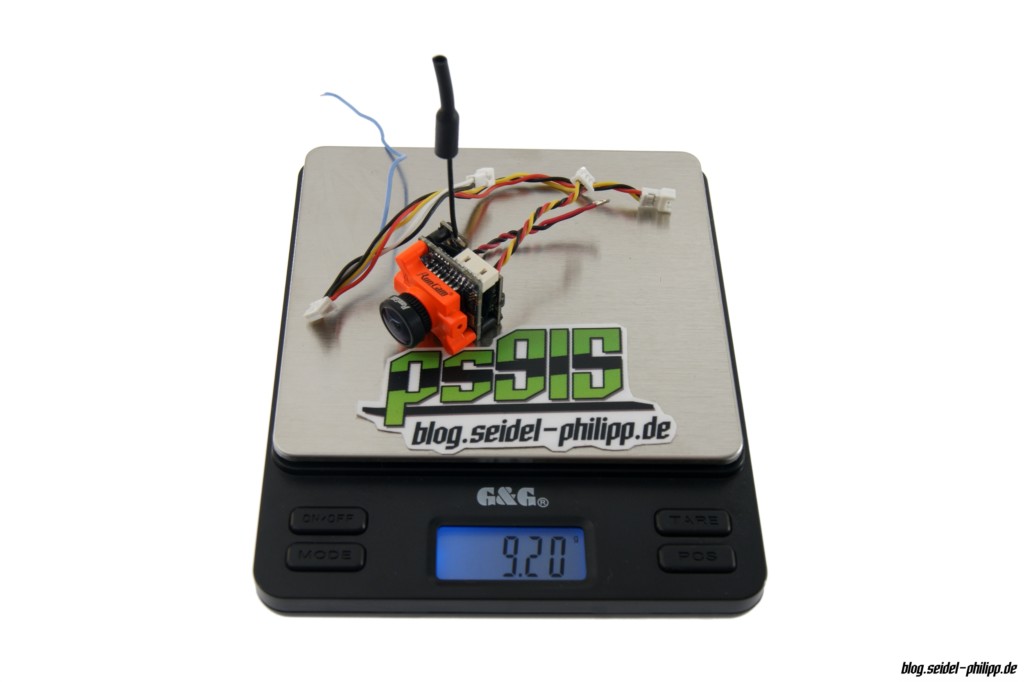