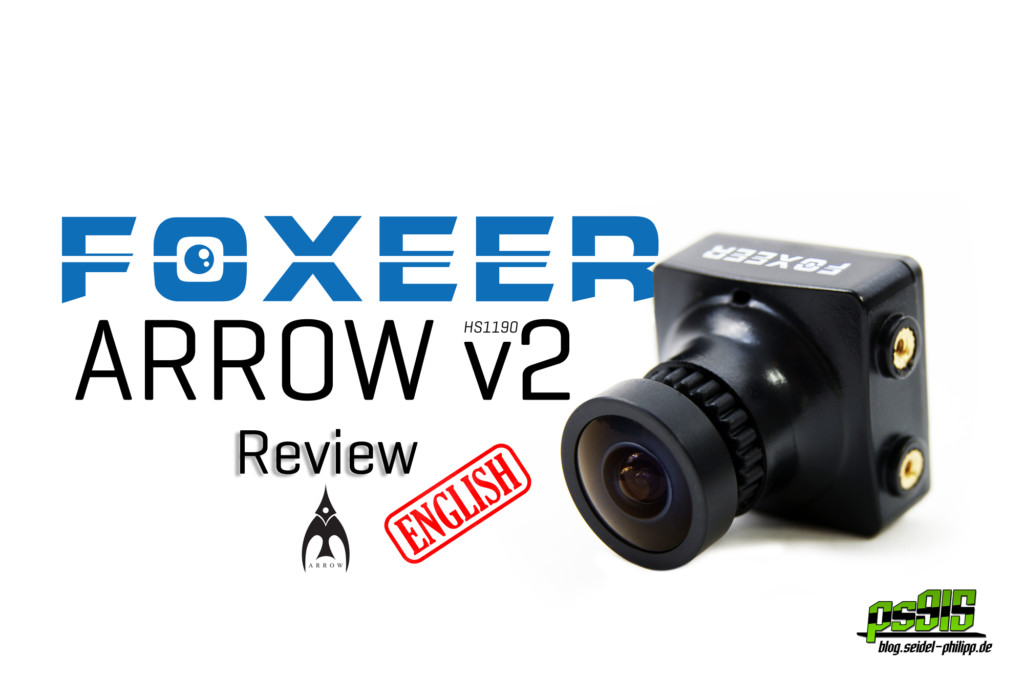 Foxeer has finally launched the Arrow V2 on the market, which has installed a useful OSD. In addition, the camera uses the popular Sony Super Had II CCD sensor and has an integrated microphone. Below I would like to give an overview of the Foxeer Arrow V2 (HS1190) camera. 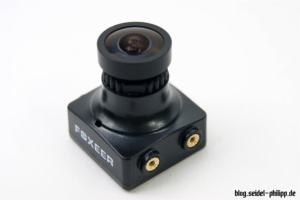 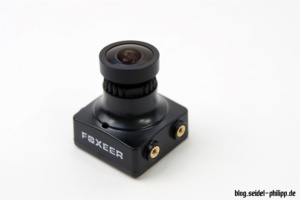 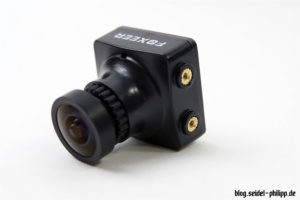 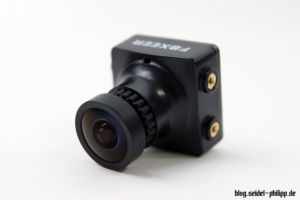 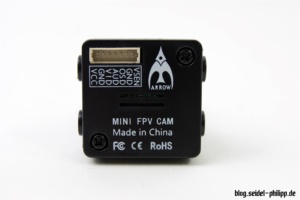 You can order the Foxeer Arrow V2 at Banggood or SurveilZone. 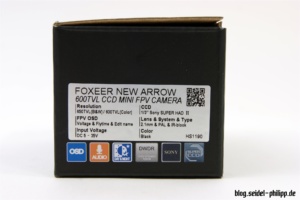 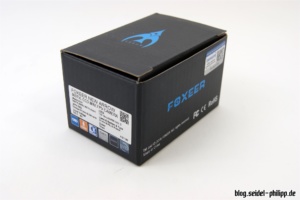 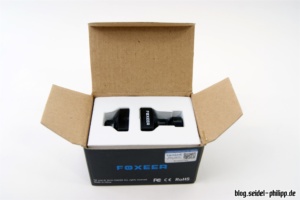 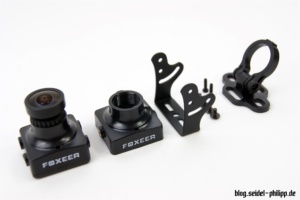 The Foxeer Arrow 2 has the same sensor as the RunCam Swift 2, the Sony Super Had II CCD sensor. This sensor has proved its worth in the field of FPVs and offers, among other things, a lot of configuration possibilities, so that the camera can be precisely set to its own needs. 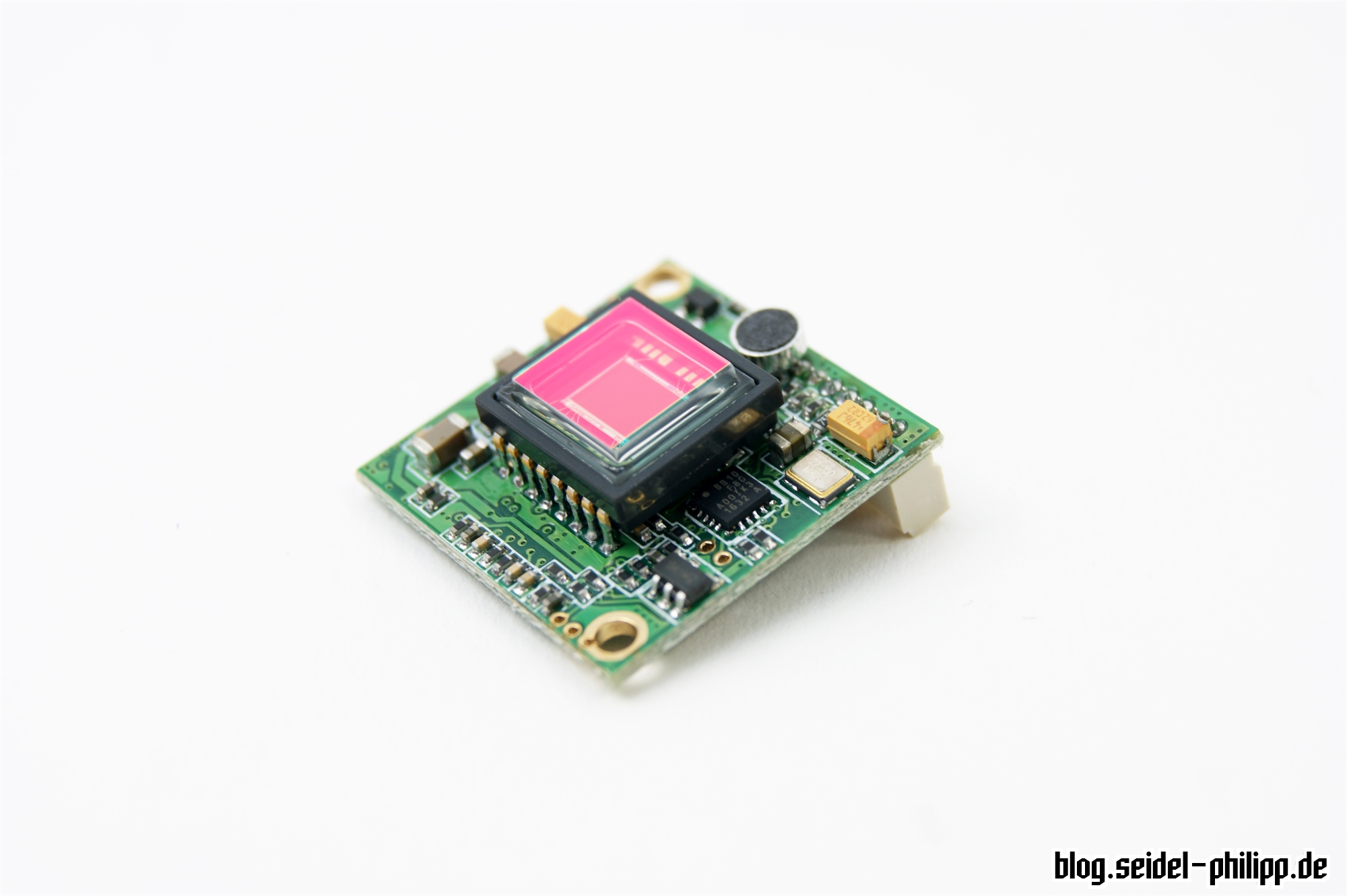 Front of the Sony Super Had II CCD sensor. The microphone is located above the sensor. The sensor has not been glued, like on the Swift 2. 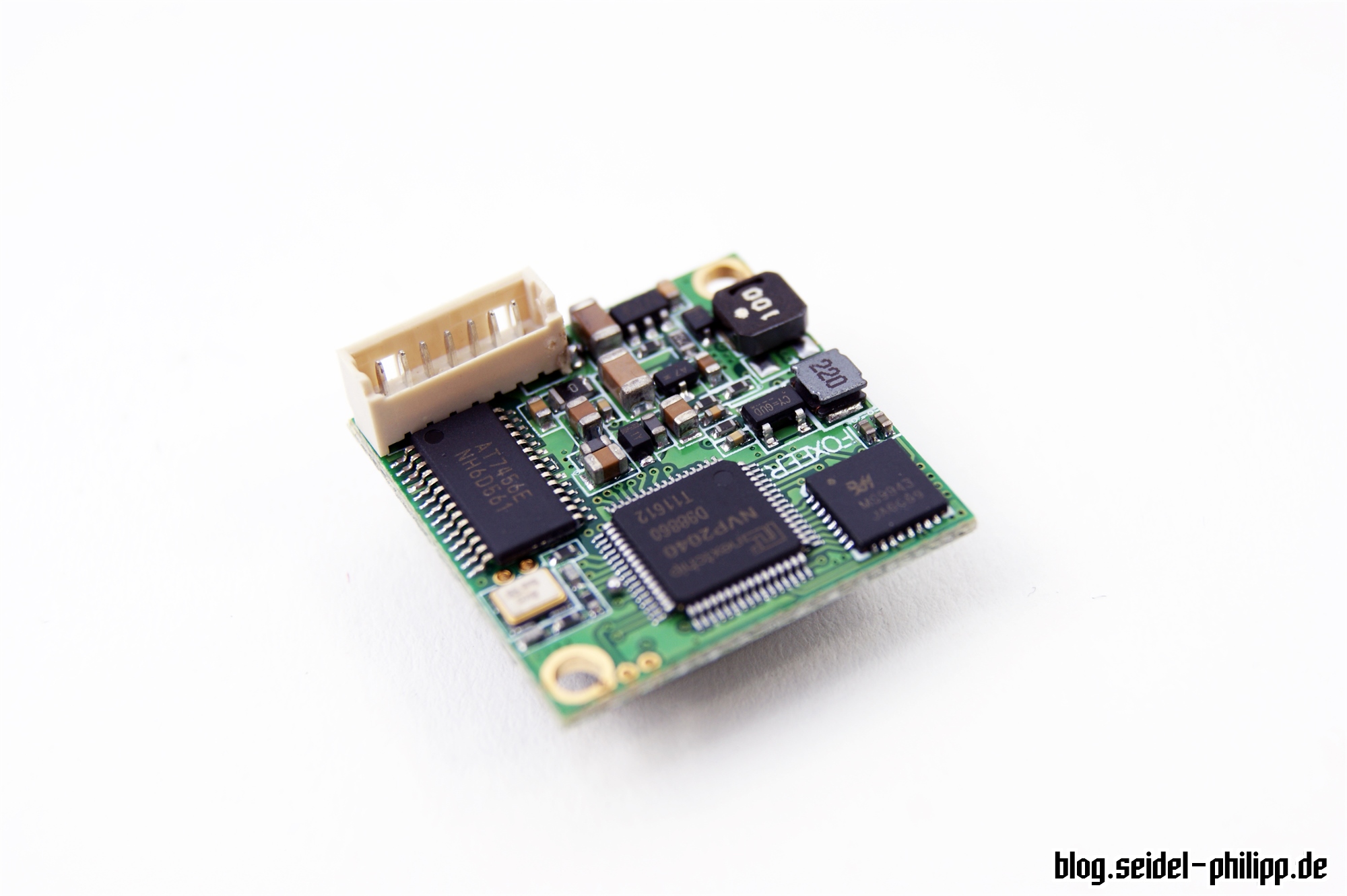 On the back is a 7-pin connector. Unfortunately, a separate 2-pin connector for the OSD-control unit was renounced (more on this later). I was admitted that in previous versions the two SMD components for the power supply of the camera (inscription 100/200) were destroyed after hard crashes, because they were too close to the edge of the board. This is the latest version (state December 2016). If I am going to have the problem with this version, I will report. Until then it is only a presumption.

The camera can be mounted in many different ways, as you can see in the following photos.

Like at the RunCam Swift 2, the camera housing of the Arrow v2 uses only metal press-in threads. 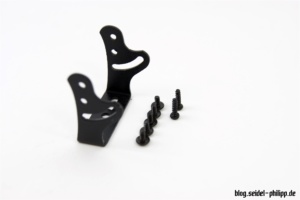 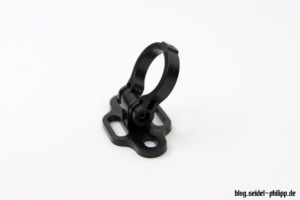 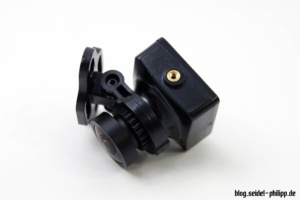 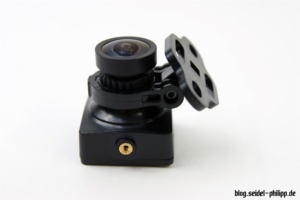 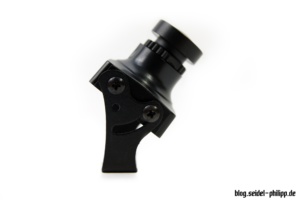 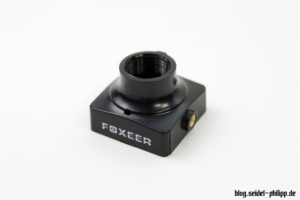 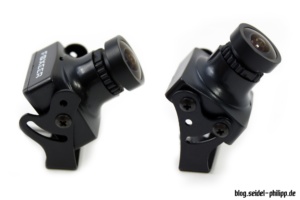 The camera and the OSD can be configured via the control unit. Two cables lead to the control unit from the 7-pin adapter. They are connected to each other by a further plug. When the control unit is no longer used, a 33 mm cable dangles around the camera. The advantage of this is that you can connect the OSD control unit to the camera quickly and easily, even if the camera is very tightly installed in the frame. The disadvantage is that the additional cable has to be secured in order not to get into the propellers. The ideal solution would be if there were a 5-pin plug (Cam) and a 2-pin plug (OSD) instead of the 7-pin plug to connect the OSD socket separately. If they had then also added the 33mm adapter separately, it would be the perfect solution in my opinion. 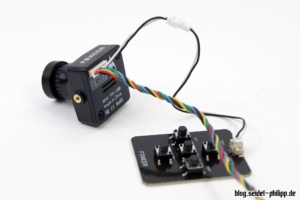 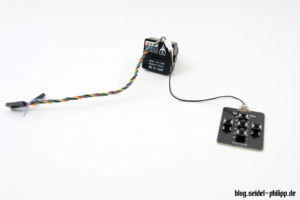 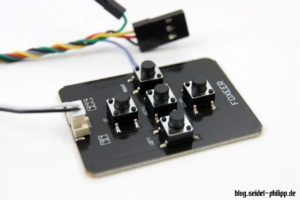 The OSD menu is very similar to the RunCam Swift 2 menu. On the Foxeer Arrow V2, however, you cannot set a baseline, but the voltage can be precisely calibrated to 0.1 volts.
Pilot name, timer and voltage can be freely positioned as desired on the video image. 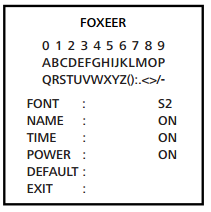 As a direct competitor to the RunCam Swift 2, the Foxeer Arrow V2 does not need to hide. Foxeer has learned from the misfortune of the Arrow V1 and placed with this version a solid camera on the market. This was, by the way, the first camera with an integrated OSD. I cannot say anything about the crash resistance at the moment, but I will of course update this review by new insights.